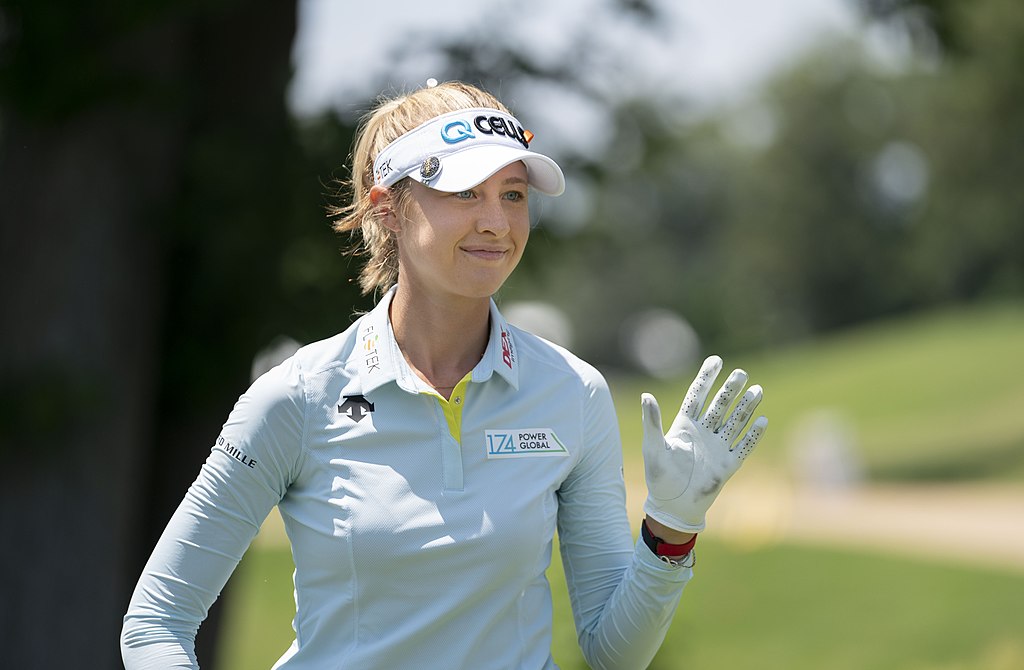 Well, Atthaya Thitikul’s time as the number one player in the world in women’s golf was short lived. In fact, try one week. On Monday, American Nelly Korda of Bradenton, Florida reclaimed top spot in the world after winning the Pelican Women’s Championship in Belleair, Florida on Veterans Day weekend in the United States (Remembrance Day in Canada).

Korda shot a four-round score of -14. She beat two other Americans who were also in contention. Lexi Thompson of Coral Springs, Florida was one shot back at -13, and Allisen Corpuz of Honolulu, Hawaii, was three shots back at -11.

This was Korda’s first win of 2022, and in fact she defended her Pelican Women’s Championship title from a year ago. There Korda won in a playoff on the first extra hole, as she posted a four-round score of -17, and beat out Thompson, New Zealand’s Lydia Ko, and South Korean Sei-young Kim.

There is one more LPGA event in 2022. That will be the 2022 CME Group Tour Championship in Naples, Florida. A year ago in Naples, Jin Young Ko of South Korea took the title by shooting a four-round score of -23, the best four-round score in the history of the tournament. Ko’s accomplishment came even though she had a wrist injury. With the title, Ko won the LPGA Player of the Year Award. Fast forward one year later and Ko is still dealing with pain in her wrist. However, from what we found out last year, we cannot count out Ko.