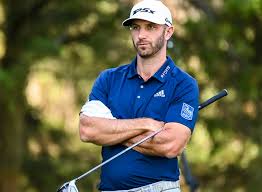 A total of 42 players of 48 have been announced for the field for the controversial Saudi-based LIV Golf Invitational Series which starts next weekend in London, England. Those who decide to participate in this event rather than the PGA Tour’s Canadian Open could face “discipline, including potential suspensions and /or lifetime bans” according to PGA Tour Commissioner Jay Monahan in a piece from Mark Schlabach of ESPN.  The PGA Tour aleady stated they would not grant a release to players if they competed in the Saudi-based LIV Golf Invitational Series.

The event next week includes several big names. Let’s take a look at some of the notables who will participate and are susceptible to being suspended by the PGA Tour.

Dustin Johnson–The world number 13 and two-time major champion (2016 U.S. Open and 2020 Masters) initially pledged his allegiance to the PGA Tour in February according to Sky Sports. He has since changed his mind.

Sergio Garcia–The 2017 Masters champion expressed his frustration with a rules official for taking too long to play a ball at the Wells Fargo Championship, and stated, “I can’t wait to leave this tour.”

Lee Westwood–The former World Number One from Worksop, England was one of the first players to commit to the series, and told Sky Sports his desire to play in an elite golf tournament in his home country.

Richard Bland–The 49-year-old from England is participating even though he knows there is a lot of uncertainty.

Ian Poulter–The 46 year-old Englishman who was once fifth in the world, is best known for his outstanding performances for Team Europe at the Ryder Cup.

Kevin Na–The 38-year-old American is a five-time PGA Tour champion, who last won in Hawaii in 2021.

Louis Oosthuizen–The former world number four from South Africa won the 2010 British Open. His consistency over the years has been spectacular, as he has been in the top three in eight other major events.

Branden Grace–Another South African, Grace has been ranked as high as 10th in the world, and has two PGA Tour wins. They came at the 2016 RBC Heritage and the 2021 Puerto Rico Open.

Matt Jones–The 2021 Honda Classic champion from Sydney is one of four Australians in the field. He is joined by Jediah Morgan, Wade Ormsby and Blake Windred.