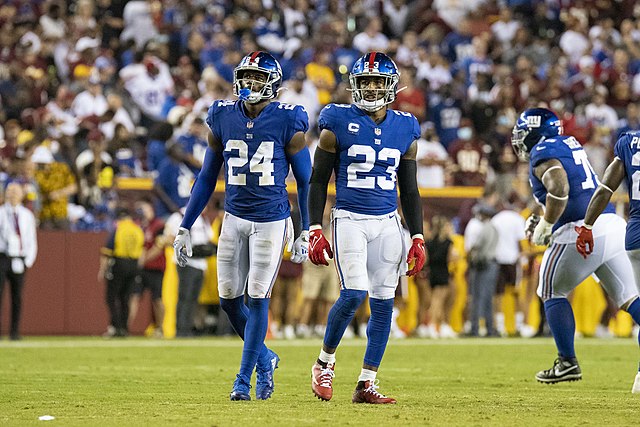 The Philadelphia Eagles attempted to improve their defense on Wednesday with the signing of cornerback James Bradberry of Pleasant Grove, Alabama. The terms of the deal are for one year and $10 million according to Coral Smith of nfl.com.

Bradberry will be joining his third National Football League franchise. He was previously with the Carolina Panthers for four years from 2016 to 2019, and the New York Giants over the last two years in 2020 and 2021.

Despite being born in a college football hotbed state of Alabama, Bradberry did not attend the University of Alabama or Auburn University. Instead he played at Arkansas State before being drafted in the second round, 62nd overall by the Panthers in the 2016 NFL Draft.

The signing of Bradberry is one of three key acquisitions by the Eagles in the offseason. He is joined by linebacker Haason Reddick of Camden, New Jersey and wide receiver Devon Allen. Reddick signed a three-year deal worth $45 million after playing last year with the Panthers. Allen meanwhile is making the transition to the NFL from hurdles, where he was a two-time Diamond League champion in 2021.

Fill In The Form Below To Receive Our NFL  News Straight To Your Email For FREE!