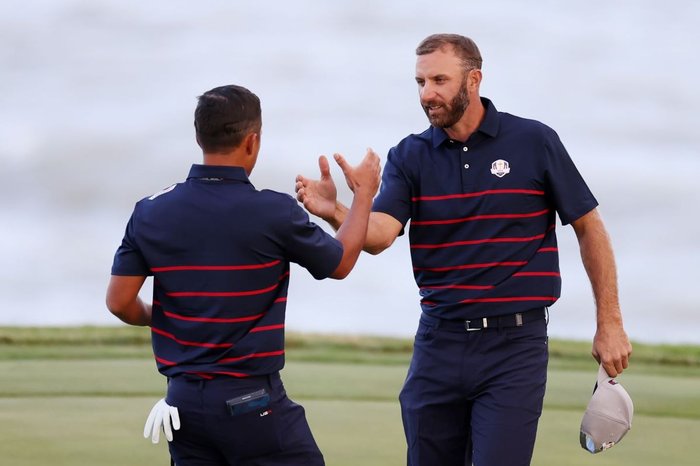 The United States have only won one Ryder Cup since 2010. That came in 2016 when the United States defeated Europe 17-11 at Hazeltine. With the remarkable skill the Americans have had over the years, it is stunning they have not won on more occasions.

On Friday, the Americans got off to a strong start, and have a 6-2 lead after four foursome matches and four four ball matches. The American star on the first day was world number two, and two-time major champion Dustin Johnson of Columbia, South Carolina. In the foursome match, Johnson teamed up with British Open champion Colin Morikawa of Los Angeles, California, to beat Paul Casey of Cheltenham, England, and Viktor Hovland of Oslo, Norway 3&2, and then teamed with Olympic gold medalist Xander Schauffele of San Diego, California, to beat Bernd Wiesberger of Vienna, Austria, and Casey in the afternoon four-ball.

The biggest surprise on Friday was the play of European star Rory McIlroy of Holywood, Northern Ireland. The four-time major champion seemed completely out of sync with his partners. In the morning foursome, he teamed up with England’s Ian Poulter, and was beaten handily, 5&3 to FedEx Cup champion Patrick Cantlay of Long Beach, California, and Schauffele. Then in the afternoon four-ball, European captain Padraig Harrington tried to mix things up, He was placed with 2019 British Open champion Shane Lowry of Ireland, but were beaten handily 4&3 by Americans Tony Finau and Harris English.

Europe got a huge half-point in the Friday four-ball event when England’s Tyrrell Hatton birdied the 18th hole. He was playing alongside Jon Rahm of Spain against Americans Bryson DeChambeau and Scottie Scheffler.