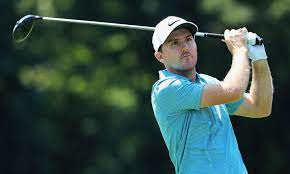 For the fourth time, Russell Henley of Macon, Georgia is a PGA Tour champion. On Sunday, he won the WWT Championship in Playa del Carmen, Quintana Roo, Mexico. The tournament is also known as the World Wide Technology Championship at Mayakoba.

In the four-round tournament, Henley shot a four-round score of -23 to beat fellow American Brian Harman by four strokes. The score of -23 tied the tournament record as Viktor Hovland of Oslo, Norway had a score of -23 when he won the 2021 World Wide Technology Championship at Mayakoba.

Henley’s best two rounds on the weekend were the first two rounds. He shot a score of eight-under-par 63 in rounds one and two. That was followed a six-under-par 65 in round three, and a one-under-par in round four on Sunday. Despite shooting -23 during the tournament, Henley did not have a birdie over the last 10 holes. In fact, he was +1 over that time, as he bogeyed the 16th hole.

This in fact was the fifth straight year that a golfer reached at least -20 to win in Mexico in November. In 2018, Matt Kuchar of the United States won the title by scoring -22. American Brendon Todd won in 2019 by shooting -20, and Hovland won in 2020 by shooting -20.

Henley’s three prior PGA tournament wins came in the United States. He won the Sony Open in Hawaii in 2013 after shooting a four-round score of -24, the 2014 Honda Classic and the 2017 Shell Houston Open. Henley’s win at the Honda Classic eight years ago in Florida, came in a four-player playoff where he beat four-time major champion Rory McIlroy of Northern Ireland, American Ryan Palmer, and Scotland’s Russell Knox.