Where is Terrence Crawford on the P4P list? - The Sporting Base
0 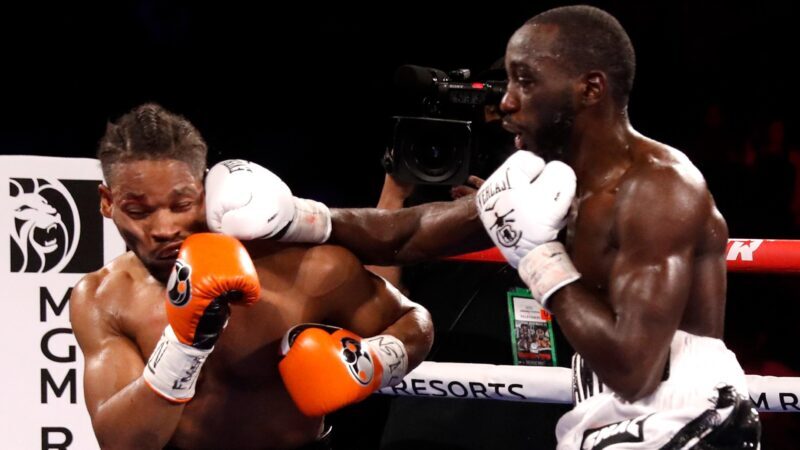 Sunday’s match-up with Shawn Porter has seen many questions raised over Terrence Crawford’s position in boxing’s pound for pound list.

The 10th round knockout saw Crawford move to 38-0 and a long-awaited fight with WBC and IBF welterweight champion Errol Spence.

It wasn’t until two knockdowns by Crawford which led Kenny Porter to throw in the proverbial towel to put an end to the fight and subsequently, Porter’s career.

Heading into Sunday’s fight, Crawford was widely referred to as second on the P4P rankings, behind Canelo Alvarez. His difficulties with Porter have some pundits asking whether he will remain in the spot and some claiming he has no chance with Spence.

On the contrary, Crawford became the only fighter to finish Porter albeit controversially as many believe Kenny called the fight too early.

If you look at Spence’s fight with Porter, it ended in a split decision and Crawford didn’t even need the judges’ scorecards to determine the victor.

It will be interesting to see if the fight will eventuate with Crawford ending his partnership with Top Rank following the fight.

The options are open for Crawford who could sign with Spence’s promoters Premier Boxing Champions or even Eddie Hearn’s Matchroom Boxing.

Time will tell, but Crawford has shown his brilliance and ability to fight out of trouble and a match-up with Spence must happen sooner rather than later with the WBO welterweight champion having turned 34 years old in September.