Top 10 players banned from Wimbledon - The Sporting Base
0 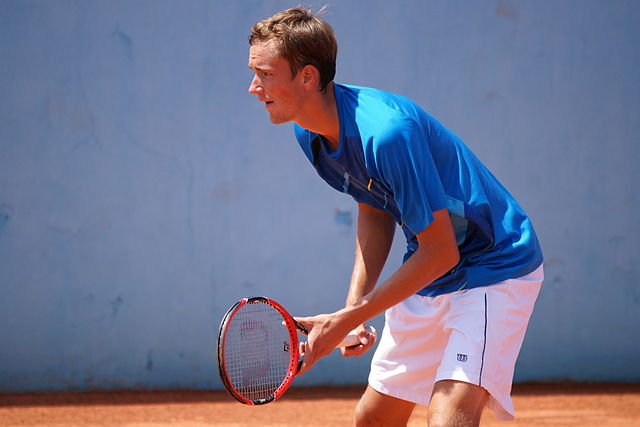 On Wednesday, the All England Club made the decision to ban Russians and Belarusians from Wimbledon in 2022 due to the recent Russian invasion of Ukraine. This is the first time since World War II when athletes from countries have been banned. At that time German and Japanese players were banned from participating according to ESPN. Here are 10 of the most notable players who will not be able to participate.

Currently ranked 31st on the WTA Tour, Samsonova had a productive summer in 2021. First the 23-year-old Russian won the German Open, where she beat Belinda Bencic of Switzerland in the final, and then the fourth round of Wimbledon, where she beat Estonia’s Kaia Kanepi, and Americans Jessica Pegula and Sloane Stephens along the way.

The 28-year-old Russian made tennis headlines at the 2021 Australian Open when he reached the semifinals, despite being ranked 114th in the world at the time. Since his magic in Australia, Karatsev has won the Dubai Championship, Kremlin Cup, and Sydney International. Karatsev is currently ranked 30th on the ATP Tour.

The 24-year-old from Kazan, Russia is currently ranked 29th in the world on the WTA Tour. Like Samsonova, Kudermetova has one WTA title to her name. She defeated Danka Kovinic of Montenegro 6-4, 6-2 in the final of Charleston in April of 2021.

The 24-year-old Russian reached the quarterfinals of Wimbledon and the French Open in 2018. Kasatkina, the 26th ranked player on the WTA Tour, has won four WTA tournaments, including two titles in 2021, where she won the Phillip Island Trophy in Melbourne and the St. Petersburg Trophy.

The 25-year-old from Moscow is currently 26th in the world, but has been as high as number eight. Like Kasatkina, Khachanov has reached the quarterfinals of two grand slams–the 2019 French Open and 2021 Wimbledon. The reigning Olympic silver medalist’s most notable title was the 2018 Paris Masters, where he upset Novak Djokovic in the final, 7-5, 6-4.

The former World number one, is currently ranked 18th on the WTA Tour. Azarenka is best known for her two Australian Open titles, where she beat Maria Sharapova of Russia in 2012, and Li Na of China in 2013. At 32 years of age, Azarenka is initially from Minsk, Belarus.

The 15th ranked player on the WTA Tour, Pavlyuchenkova reached the final of the 2021 French Open, where she lost to Barbora Krejcikova of the Czech Republic, 6-1, 2-6, 6-4. Pavlyuchenkova has won 12 times on the WTA Tour, and won the gold medal in mixed doubles at the 2020 Olympic Games in Tokyo in 2021, alongside Andrey Rublev.

The 24-year-old from Moscow is currently ranked eighth on the ATP Tour. A 10-time ATP Tour champion, Rublev has reached the quarterfinals of four grand slam events, including titles in Marseille and Dubai, already in 2022.

Currently ranked fourth in the world, Sabalenka was the 2021 Wimbledon and U.S. Open semifinalist. She has won 10 WTA titles, including two titles in 2021, where she beat Kudermetova in Abu Dhabi, and Ashleigh Barty of Australia in the final of Madrid.

The world number two is currently out with hernia surgery and is questionable for the French Open. The 26-year-old from Moscow is one of the game’s greats. Last year he won his first grand slam title where he beat Novak Djokovic of Serbia 6-4, 6-4, 6-4 in the final of the U.S. Open. The win at Flushing Meadows was key as it prevented Djokovic from winning all four majors in 2021.