Serena Williams plans to retire after 2022 U.S. Open - The Sporting Base
0 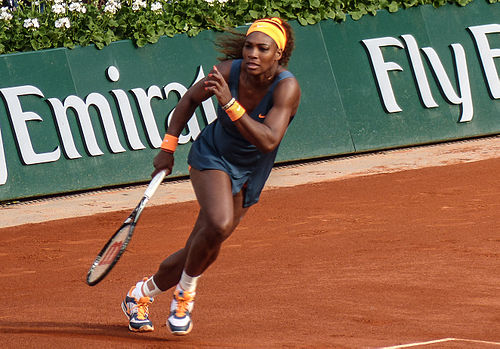 A day after Serena Williams of Saginaw, Michigan won her first WTA match since the third round of the 2021 French Open, the 40-year-old tennis legend continued to make tennis headlines. According to Vogue Magazine, Serena Williams wrote an individual article where she said “farewell to tennis on her own terms–and in her own words.”

Now it should be noted that Williams has not retired from professional tennis yet. She has already reached the second round of the National Bank Open in Toronto, plans to compete next week at the Western & Southern Open in Cincinnati, and then the 2022 United States Open at Flushing Meadows, New York.

There is no doubt that Williams needs to be considered one of the top tennis players of all-time. She has won 23 grand slam tennis titles, which is the second most ever. The all-time leader is Margaret Smith Court of Albury, Australia, who has 24 titles.

Williams has now won 856 WTA matches all-time. That is fourth on the all-time list behind Martina Navratilova (1442 wins), Chris Evert (1309 wins) and Steffi Graf (900 wins). Serena Williams is also fifth all-time in titles won (73) and seventh all-time in most career finals (98). Navratilova is the leader in both of those categories too as she has won 167 tournaments and been to 239 finals.

One must realize Williams had many chances to pass Smith Court for the most grand slam women’s singles titles of all-time. However, she lost her last four grand slam singles finals.