Serena Williams wins first match of 2022 - The Sporting Base
0 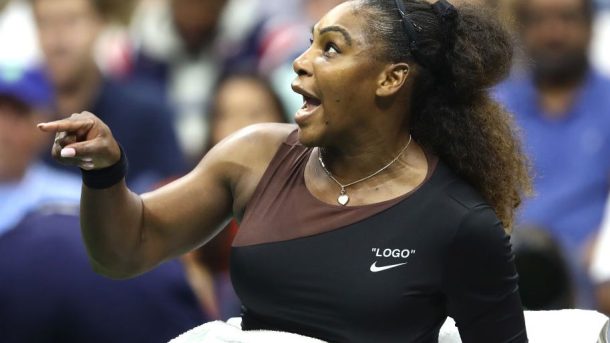 It might have taken until August 8, but on Monday, Serena Williams, the 23-time major tennis champion, finally won her first WTA match of 2022. The 407th ranked player in the world (nope folks not a misprint) won her first match since beating American Danielle Collins 6-4, 6-4 in the third round of the French Open last year.

Yes, the mighty 40-year-old from Saginaw, Michigan has fallen significantly from grace, but on Monday we saw what Williams is still capable of. While playing in front of her four-year-old Alexis, (and concerned that she did not have enough sun screen on), Williams defeated Nuria Parrizas-Diaz of Spain, the 57th ranked player in the world, 6-3, 6-4, in the first round of the National Bank Open in Toronto, Ontario, Canada.

A major reason why Williams was victorious came down to her serve. She had seven aces, while Parrizas-Diaz has two aces.

Williams also made the most of her break point opportunities. The veteran American had fewer break chances than Parrizas-Diaz (five for Williams compared to eight for Parrizas-Diaz), but broke the Spaniard thrice, while Parrizas-Diaz only broke Williams once.

In the second round, Williams will play either Olympic gold medalist Belinda Bencic of Switzerland or Tereza Martincova of the Czech Republic. In addition to winning the gold medal at the 2020 Olympic Games in Tokyo in 2021, Bencic reached the semifinals of the 2019 United States Open.

All-time, Williams is 2-1 against Bencic. Their last meeting came in the first round of the 2017 Australian Open, where Williams won 6-4, 6-3. Bencic has beaten Williams at the Canadian Open, however. In the semifinals of 2015, Bencic won 3-6, 7-5, 6-4. Williams has never faced Martincova.