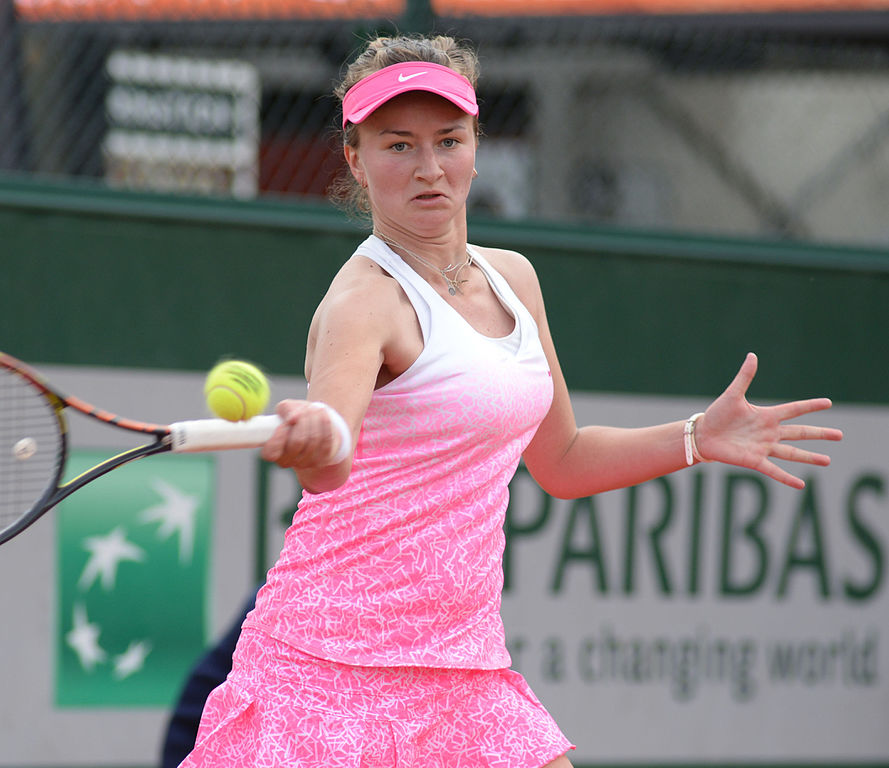 The big story of the 2022 French Open so far is the fact that four women’s seeds have been eliminated after the first two days of competition. On Sunday, the sixth seed and Madrid champion Ons Jabeur of Tunisia lost 3-6, 7-6, 7-5 to Magda Linette of Poland, and 10th seed Garbine Muguruza of Spain lost to Kaia Kanepi of Estonia 2-6, 6-3, 6-4. Among the two grand slam titles Muguruza has won in her career was one French Open, which she won in 2016, where she beat Serena Williams of the United States in the final, 7-5, 6-4.

Then on Monday, two more top 10 women’s seeds were knocked out. The first was the second seed, and defending champion Barbora Krejcikova of the Czech Republic, who was beaten by 19-year-old French teenager Diane Parry of Nice. Perry came through with a 1-6, 6-2, 6-3 win. The major reason why Parry came through with the W came down to double faults. Parry only had one double fault, while Krejcikova had seven. No one would have predicted the 96th ranked player in the world to beat the world number two.

The fourth top-10 seed to be knocked out was the fifth seed, Anett Kontaveit of Estonia. Kontaveit was beaten by popular Australian Ajla Tomljanovic, the 42nd ranked player in the world, 7-6, 7-5. Tomljanovic made tennis headlines a year ago when she shocked the tennis world by reaching the Wimbledon quarterfinals.

The biggest upset on the men’s side is the fact that the 25th seed, and Monte Carlo finalist Alejandro Davidovich Fokina of Spain has already been eliminated. Davidovich Fokina was beaten 2-6, 6-0, 6-4, 6-3 by Tallon Griekspoor of the Netherlands.