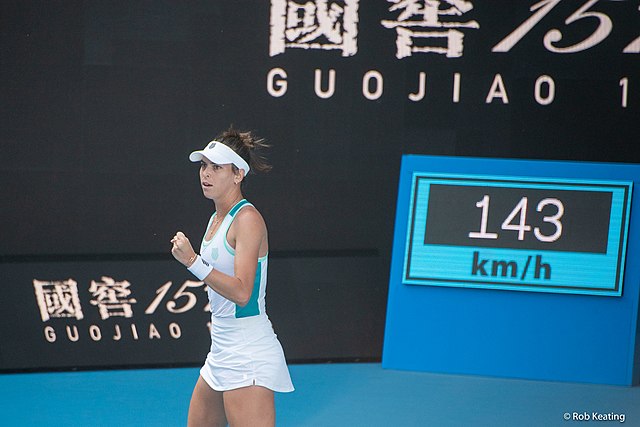 It has been a gritty performance by Australia at the 2022 Billie Jean King Cup in Glasgow this week. Led by two Aussie singles players–Ajla Tomljanovic of Brisbane, and Storm Sanders of Rockhampton, Australia has found themselves in the semifinals where they will face Great Britain in the semifinals on Saturday.

In the premier women’s team tennis tournament in the world, Australia beat Slovakia 2-1 on Tuesday, and then won all three matches against Belgium on Thursday. In both of Australia’s ties, Tomljanovic and Sanders were victorious in singles action. On Tuesday, Sanders beat Viktoria Kuzmova of Slovakia, 6-4, 6-3, and Tomljanovic beat Anna Karolina Schmiedlova of Slovakia, 6-1, 6-2. Then on Thursday, Sanders beat Alison Van Uytvanck 6-2, 6-2, and Tomljanovic beat Elise Mertens, 4-6, 6-4, 3-0. Mertens, the 2018 Australian Open semifinalist, needed to retire in the third set with a shoulder injury.

Now Sanders will most likely have to play Heather Watson of Great Britain, the 133rd ranked player in the world. Sanders defeated Watson 6-2, 3-6, 6-3, in the second round of qualifying at the 2020 Brisbane International.

Tomljanovic meanwhile will likely face Harriet Dart, the 98th ranked player in the world. Their first meeting was the second round of Nottingham in 2019, where Tomljanovic won 6-7, 6-1, 6-2. Their second meeting was in the final round of qualifying at the 2022 National Bank Open in Toronto, which Tomljanovic won 4-6, 6-1, 6-3. In the other semi-final on Saturday, the Czech Republic will face Switzerland.