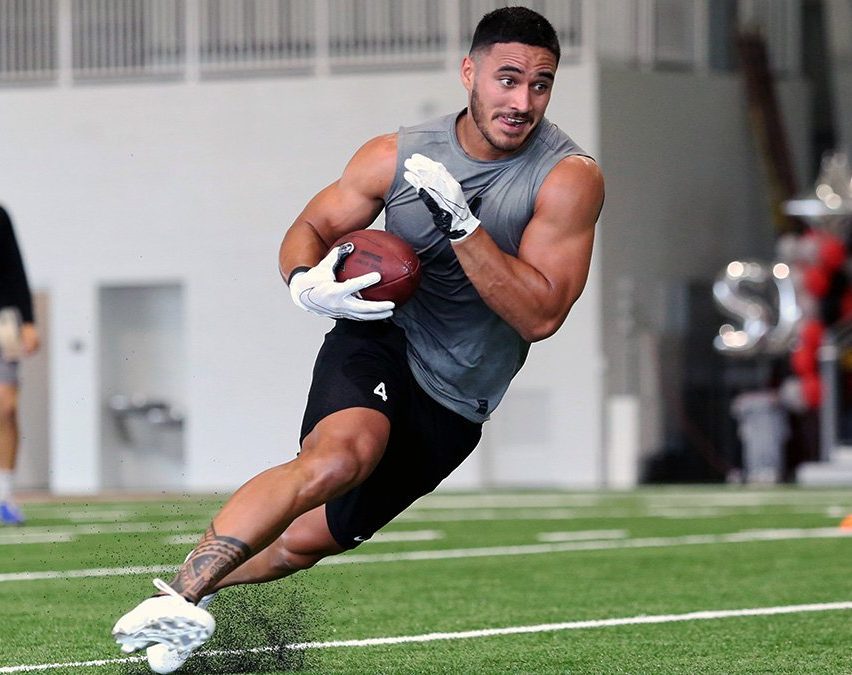 After speculation of private meetings with NRL coaches, it is being reported that Holmes is set to return to the NRL as early as next year.

But Wide World of Sports has learned that Holmes has already agreed in principle to join the Cowboys on a contract worth around $1 million.

It was only last year that Holmes quit the Cronulla Sharks to chase his NFL dream which showed some early promise.

He was selected for a trial period with the the New York Jets and played multiple trial matches but failed to make the 55-man roster.

It has also been reported that his contract states that he cannot play in the NFL this season and the frustration of sitting and just watching the action every weekend is believed to have been the straw that broke the camel’s back and made up Holmes’ mind to return to the NRL.

The Cowboys have set aside funds in their salary cap for the potential signing of Holmes, but and it is understood that he has agreed to a contract in principal

Holmes stands to earn upwards of $1 million per season at the Cowboys compared to the $US136,000 he gets for being on the Jets’ practice squad.