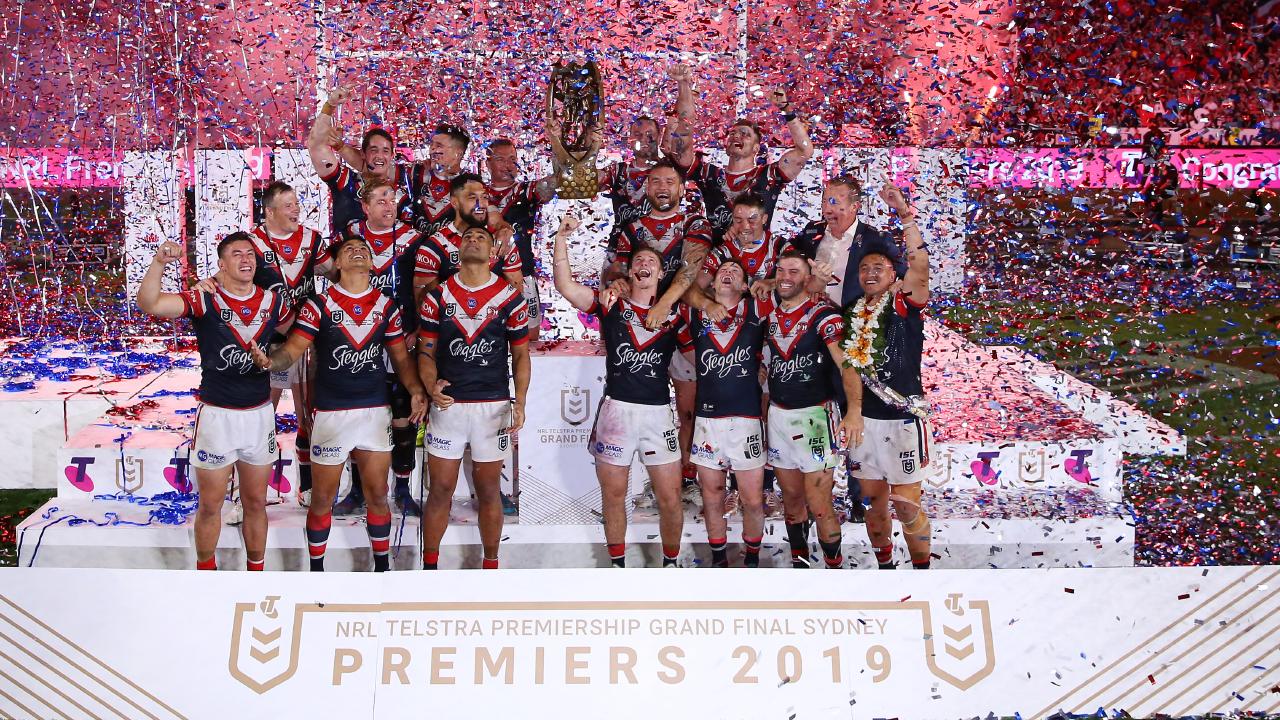 The Roosters have defeated the Raiders 14-8 in a Grand Final thriller but it didn’t come without controversy.

The Roosters have made history with a thrilling, controversial 14-8 victory over the Raiders for the NRL premiership, becoming the first team to defend their title since 1992-93.

The Raiders were the better team for a majority of the match but after as controversial call late in the game where one referee called six to go only to change his decision which resulted in a hand over of the ball.

It was a heart-breaking end to what was almost the perfect game from the Raiders, who also conceded the first try of the match after the Roosters benefited from a ball hitting their trainer.

It was a gut-wrenching loss for the Raiders, who gave everything in their first grand final appearance in 25 years. In a small consolation they provided the Clive Churchill medallist with Wighton awarded man-of-the-match honours on the back of a brilliant performance.

The Roosters were too good on the day and were able to give Cooper Cronk his fairytale retirement.

Regardless of the result, it was a grand final to remember and one that will live a long time in the memory of NRL fans.