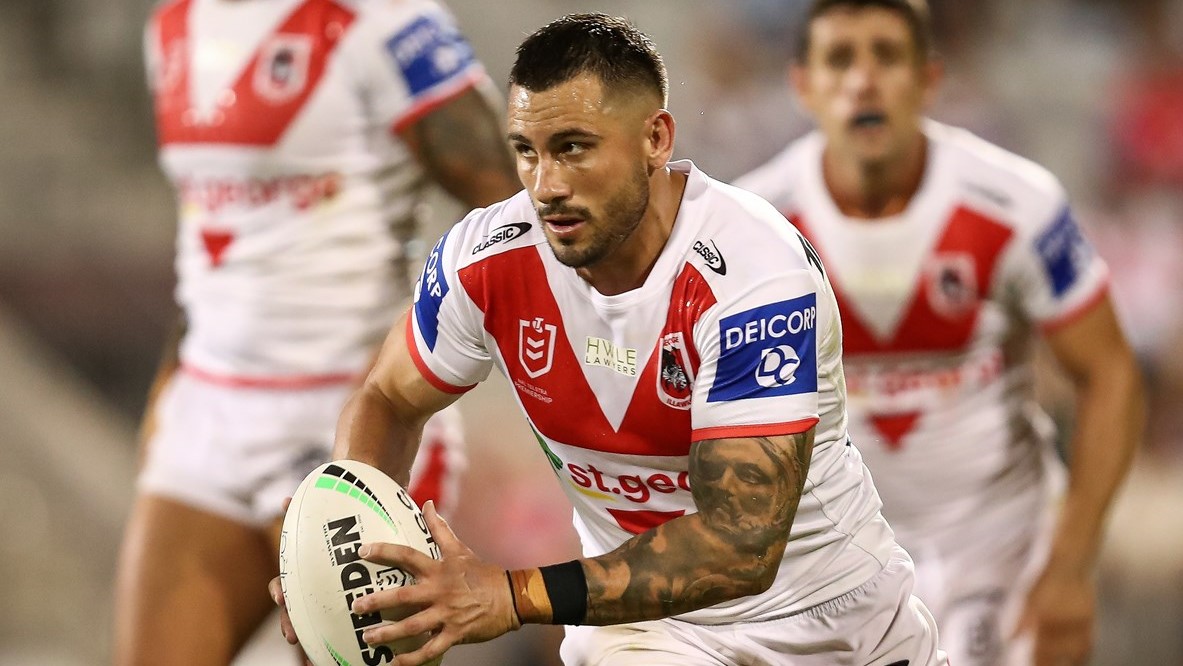 Jack Bird is expected to ink an extension with his boyhood footy club, the St George Illawarra Dragons, sources close to the negotiations have revealed, after the premiership-winning centre refound his NRL spark in the Red V this year.

The 26-year-old is reportedly interested in putting pen to paper on a Dragons extension in the coming months, tying him up for the joint-venture for at least two more years.

Bird joined his junior club — and debuted in the Red V seniors for the very first time — earlier this year, after St George agreed to pay a chunk of his $950,000 contract for the Brisbane Broncos. The game-breaking centre had joined the Queensland giants after winning a premiership with Cronulla, and commanded big money; nearly $4 million over four years.

His stay at Redhill proved difficult for both parties, and Bird chose to leave.

The centre’s first season with the Dragons was, for the most part, successful. The club finished outside finals, but Bird looked dominant in nearly every one of the 22 games he played in the 2021 season. He played in the centres as well as a stint in the second row and scored four tries.

Sources suggest the Dragons were very happy with their home-grown hero, who is currently contracted until the end of 2022. They want to keep him longer-term as a core leader at the club.

The only concern around the club on the Dragons side is Bird’s injury record. He enjoyed a relatively good string of appearances between 2015-2017 in the Shire, playing 66 games, before turning out just 17 times for the Broncos.

That issue seems to be behind him, however, after he played 22 games this year.

The Sporting Base has heard St George Illawarra don’t want to get caught up in paying the same steep price the Broncos were forking out, especially considering they’re only paying half of Bird’s rich Brisbane deal to keep him until 2022. Beyond the 2022 agreement, St George powerbrokers are allegedly willing to pay around $1.2m over two more years.

Bird is the main question mark in the equation. If he wants to try his hand at another NRL club from 2023 onwards, he may well turn down the St George Illawarra deal over the coming months.

Also in Bird’s future is a positional swap, with Griffin eyeing a move to the forwards — far more permanently than this year — for the 26-year-old game-breaker.

The Dragons star shone in the second row for the few games he had there, and with Zac Lomax back from his long-term injury and Moses Suli joining the club from 2022 for three years, the 3 and 4 jumpers are all but spoken for.

This time, Bird is expected to train to take the lock position.

This move would see him slot into the Dragons lineup in a similar fashion to Victor Radley, Brandon Smith (when playing with Harry Grant), or Cameron Murray. These players have been dubbed the “modern locks,” and Anthony Griffin believes he may have his very own new breed of number 13 in the Red V.

Bird is reportedly open to the swap, and is also interested in the no.6 jersey.