Can this year’s hyped-up Titans handle the pressure? 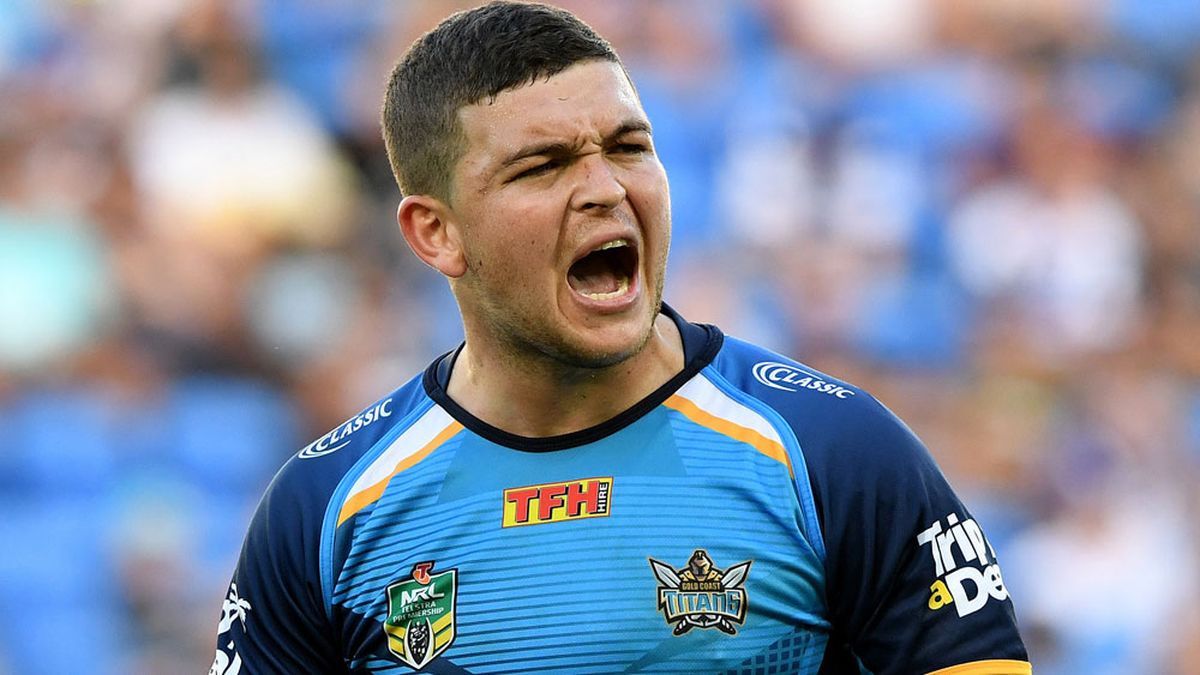 Gold Coast are finally in the early conversation for a spot among the NRL top eight — and look like they have the roster to back it up — but do the Titans boast the grit and quality to actually make a September run this year?

On Sportsbet before the season began, the Titans were tipped at $1.80 to make the finals.

That left the young Gold Coast squad above seemingly finals-bound squads like the Sea Eagles and Knights, and playoff challengers like the Cowboys, Warriors, and Sharks.

It’s a stellar spot for the northern club to be, especially considering how they’ve gotten on recently. In their 14 years history, they’ve made the finals just three times. Of those top-eight finishes, just one — an eighth-place scrape-in to end 2016 — was after 2010. Twice, they finished last.

Now, they’re in the playoff conversation, and it’s serious too.

Part of that early chat about their top-eight credentials comes from their offseason pickups. They shed aging stars like Shannon Boyd, Bryce Cartwright, Dale Copley, and plenty more.

In the opposite direction, the Titans were of the NRL’s biggest movers. Their top raid was for Broncos superstar David Fifita, on a monster $3.5m deal. He was joined by Tino Fa’asuamaleaui ($1.4m over two years) in the second row, and Patrick Herbert (one year deal).

They also added Herman Ese’ese and Sam McIntyre to round out their 2021 signings.

Then there’s the feeling in the player base too. Just this week, veteran Kevin Proctor warned the rest of the league, “the Titans are no longer the NRL’s retirement team.” Instead, they’re here to play.

And finally, the way the Titans ended their 2020 season has played a big part in their short odds. Justin Holbrook guided the blue and golds to 9th place, winning five on the bounce to close out the year.

This five-game run, while a good sign that Gold Coast might have that next level in their locker, is also a very worrying trend. It’s the main reason The Sporting Base is sitting here questioning their finals credentials heading into the 2021 season.

Those five wins, while great, were done while missing one thing.

When Holbrook lifted the Titans, their season was already shot to bits. At one stage there was a “miracle” in waiting, but things went against them and that door was locked before the last round.

So the big question is: can Holbrook’s roster of rising stars out on the Gold Coast actually handle the boiling pot of an NRL finals race? The lineup has future stars, yes, but many of them have been watching from the sidelines come September.

Now, the pressure is well and truly on; can they handle it? 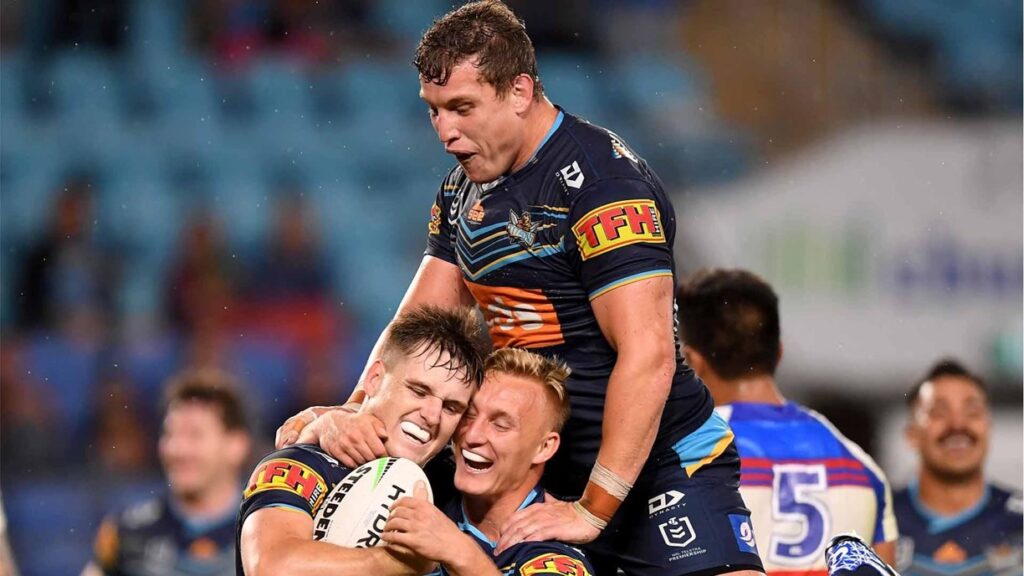 The Sporting Base doesn’t love what the Titans coughed up week one.

There’s a good chance that they can make the cut — where there’s smoke, there’s always fire, and right now there’s definitely a billowing column of smoke above Cbus Super Stadium in south-east Queensland.

Their opening bout proved a simmering struggle, rather than the explosive domination many hyped up for the gold and blue. The Warriors edged the travelling Titans 19-6. Even worse, the “finals-bound” away team barely got on the scoreboard at all, with Corey Thompson crossing in the 73rd minute.

Right now, the Gold Coast have not earned their hype.

They’ve already slid down to $2.15, dropping behind the Knights.

When the pressure was on at Central Coast Stadium, and when the Titans needed to stand up and be counted in Gosford, they were overshadowed by the relocated Warriors. They came off second best, in what is supposed to be — according to many — the start of their “long-awaited golden era.”

For our money, the Titans won’t do much this season. That’s not to say we won’t see flashes of brilliance. But bedding in a forward pack that has barely played together, and giving Jamal Fogarty and Ash Taylor more time to gel in the pivot, is vital.

It’s not so much how good or bad Gold Coast are. Instead, it’s the surrounding pack.

Right now there’s seven teams that are above the Titans, on their day.

So no, the Titans won’t live up to the hype that’s already bubbling around them. But, as long as the Gold Coast stick to their guns — and Holbrook’s plan — then they’ll be sitting pretty headed into the future.

Right now, the club needs to learn how to deal with the bucketloads of pressure they’re going to get this year. The first chance they can well and truly prove this is against Queensland rivals the Broncos this weekend.

As favourites against the spooners, the Titans have the chance to poach big points. In fact, they basically have to at this stage.

The Sporting Base will have our eyes on this game. It’s a real proving point for the most-hyped squad coming into 20201. If the blue and gold can answer with tries, style, and a win, then the game should begin to take notice. We’ll see.

The Titans host the Broncos on the Gold Coast from 8pm on Friday night.