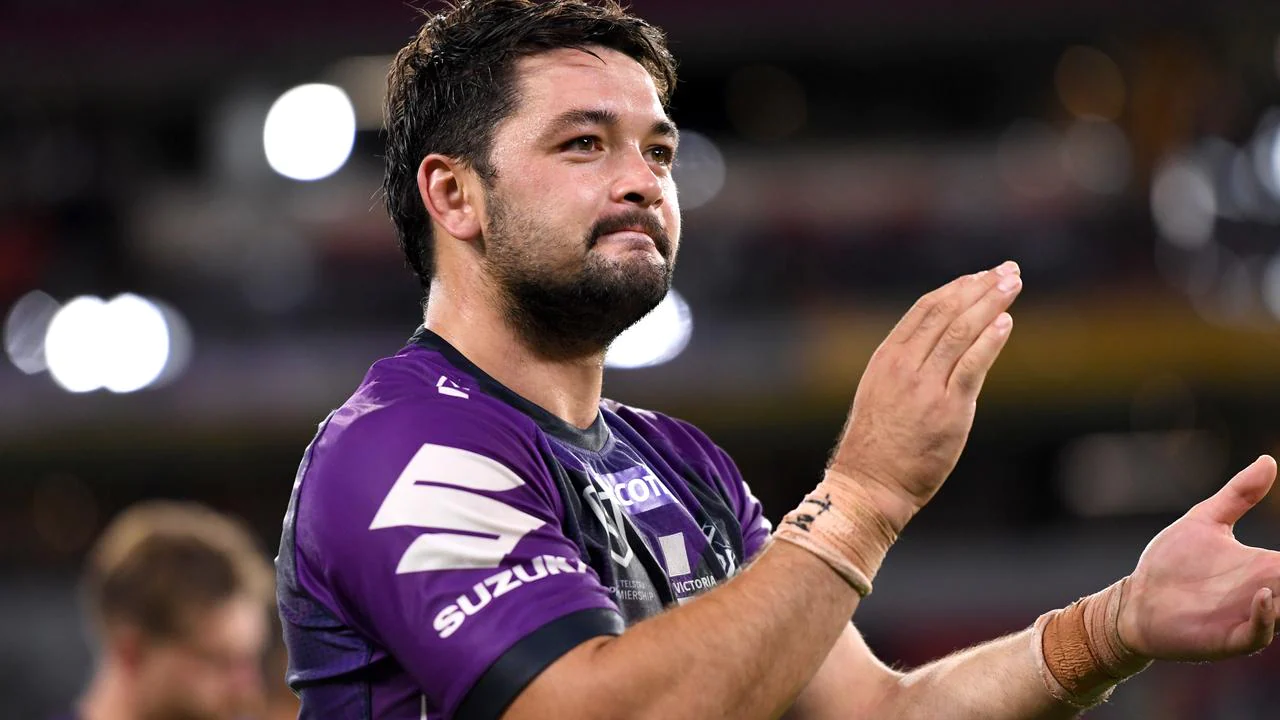 Off-contract Storm star Brandon Smith has been inundated with contract offers for 2023 within the first 24 hours of him hitting free agency on the November 1 deadline date.

Smith, or rather the self-appointed “Champ Cheese,” is free to talk to NRL rivals for the 2023 season from yesterday after failing to agree on a new deal with Melbourne ahead of the Nov. 1 agency date.

And, within the first 24 hours, his inbox has been blowing up deluxe.

The Gold Coast Titans, North Queensland Cowboys, Redcliffe Dolphins, and two more mysterious suitors are already knocking down the hooker-come-ball-playing lock’s door in a bid to scoop up the star that dominated headlines for the purple machine as they marched to a top-spot finish and preliminary final exit this year.

The Gold Coast Bulletin is reporting their hometown club was the first cab off the rank, approaching Smith with an offer before the sun was even peeking over the buildings in Victoria’s capital. The Dolphins have also thrown their hat into the ring, though The Sporting Base can reveal Kalyn Ponga is more their speed when it comes to an opening salvo in their 2023 signings.

A fourth club is also in the mix, though no one in the NRL media has been able to confirm their identity yet. There is also a fifth suitor, who Smith’s agent admits is “the one that [he’s] after.”

Smith was originally tabled an $800,000 upgrade from the Melbourne Storm for 2023 but is interested in an extended deal that will see him settle into another NRL club until at least 2026.

‘Hectic Cheese’ prefers to play in the number nine jumper, but shared time with Grant for much of 2021. His equal number played in the 14 role, but injuries plagued Grant for much of the campaign, and Smith is worried he could easily hit the pine if Craig Bellamy decides he’s found Cameron Smith’s heir in 23-year-old Grant.

Smith’s explosive season just gone has also put him in a powerful negotiating position. The Kiwi hooker proved vital to Melbourne’s rapid-fire attack in the no.9 and no.13 roles, scoring eleven tries in 24 appearances and adding 10 assists to his bow.

The incredible season means Smith can rake in as much as $1 million a season for multiple years, and he and his agent are clearly going in that direction as they toss up their half-dozen NRL offers.