Patriots defense spectacular in shutout win over the Falcons 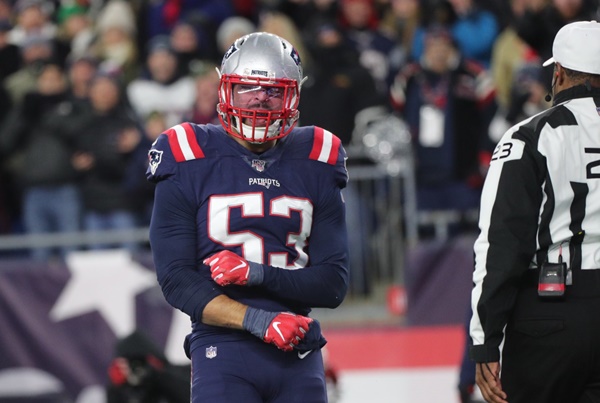 The Atlanta Falcons offense was simply horrendous in prime time on Thursday. The club was unable to score a single point in a 25-0 clobbering at the hands of the New England Patriots.

According to Charles Odum of the Associated Press, this was the first time since December 13, 2015, that the Falcons were shutout (blanked 38-0 by the Carolina Panthers). It was also the first home game the Falcons could not register a single point since October 9, 1988, when Atlanta was beaten 33-0 by the Los Angeles Rams, according to Michael Rothstein of ESPN.

Over the last two games, the Falcons have only scored three points. On Sunday, Atlanta was blown out 43-3 by the Dallas Cowboys.

In Thursday’s pitiful performance, Falcons quarterbacks threw four interceptions. The most notable came from outside linebacker Kyle Van Noy of Reno, Nevada, who had a 35-yard interception return for a touchdown to completely put the game out of reach. The Patriots went up 25-0 at the time. Other Patriots to record interceptions were cornerback J.C. Jackson of Immokalee, Florida, safety Devin McCourty of Nyack, New York, and safety Adrian Phillips of Terrell, Texas. In addition to the four times having their passes intercepted, the Falcons turned the football over on downs once, and had four three and outs.

Van Noy also led the Patriots with eight total tackles and two sacks. He was one of two Patriots defenders with two tackles for a loss. The other was defensive tackle Davon Godchaux of Plaquemine, Louisiana.

Falcons quarterback Matt Ryan has never beaten the Patriots in his career. The most famous loss came in Super Bowl LI, when the Patriots beat the Falcons 34-28 after once trailing by 25 points.