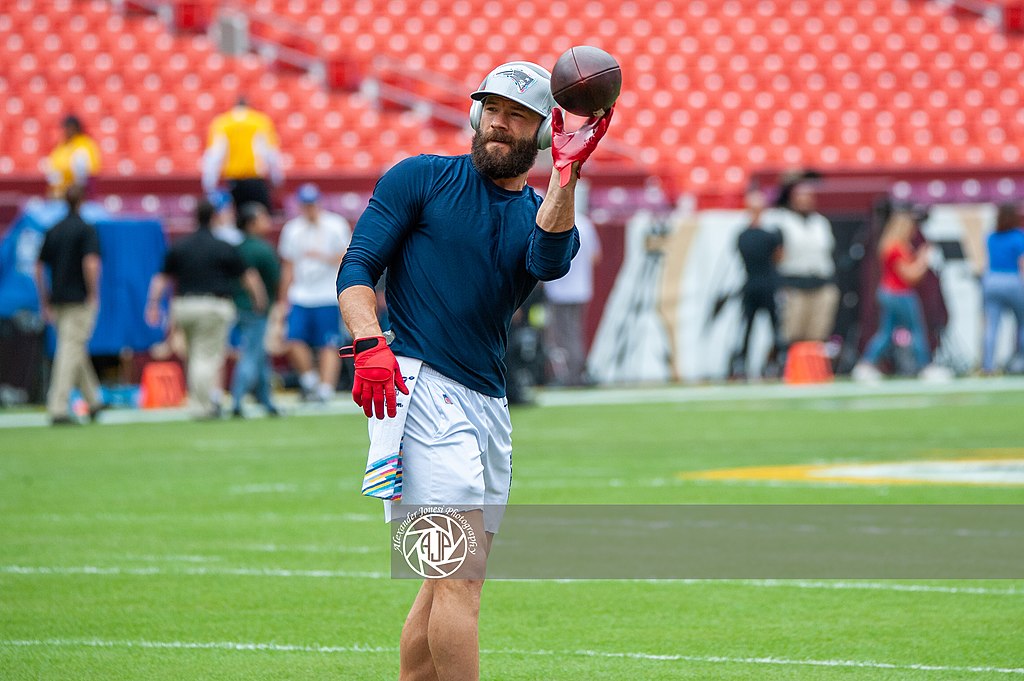 Julian Edelman of Redwood City, California retired from the National Football League at age 34 on Monday according to Kyle Hightower of the Associated Press. Edelman had spent the last 11 seasons as a wide receiver for the New England Patriots.

Edelman will be best remembered as a favourite wide receiver of Tom Brady in New England. In 137 games, Edelman had 620 catches for 6822 yards and 36 touchdowns.

When it came to the Super Bowl, Edelman won three titles for New England in 2015, 2017, and 2019. In his last Super Bowl title, a 13-3 Patriots win over the Los Angeles Rams, Edelman set the NFL record for most receptions in the first half of the Super Bowl with seven, and was the Super Bowl MVP, despite the fact the Patriots prevented the Rams in scoring only three points, and that the Patriots only scored 13 points themselves. In the game, Edelman had 10 catches for 141 yards.