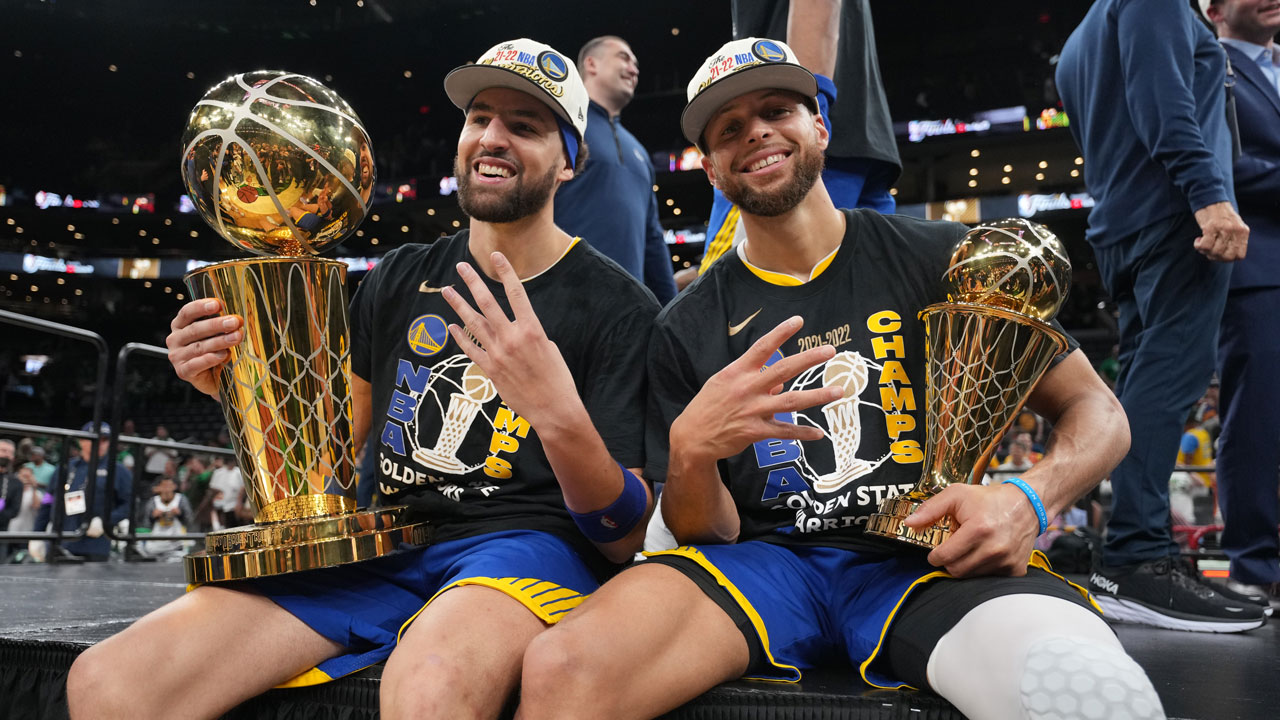 With our NBA previews ramping up as the season nears, our attention turns to the defending champion Golden State Warriors and their crusade for a fifth title in nine years. With Stephen Curry, Draymond Green, and Klay Thompson still at the helm, the Warriors appear well-positioned for another title tilt. In these previews, we will take a look at the key acquisitions, fantasy stars and predicted finish.

With most of their championship core returning, the Warriors added Donte DiVincenzo on a two-year, $9 million deal. DiVincenzo, who was traded from Milwaukee to Sacramento at the deadline last season, offers head coach Steve Kerr a varied skillset to plug into the lineup. A capable three-point shooter, steady playmaker, and pesky perimeter defender, the 25-year-old is a proven playoff contributor who will be leant on to partly fill the holes left by Gary Payton II and Otto Porter Jr.

Reigning-Finals MVP Stephen Curry is ranked second among all fantasy point guards and has showed little signs of slowing down. In 64 games last season, he averaged 25.5 ppg, 5.2 rpg, and 6.3 apg on .601 TS%. Now with four titles, a pair of MVPs, and a Finals MVP under his belt along with the all-time three-point shooting record, Curry is entering the upper-echelon of all-timers and will be driven by the opportunity to continue climbing.

Jeremy and I are both expecting another season of success in The Bay; a top-two seed may again beckon should they remain relatively healthy. Their season, however, will be graded on the depth of their postseason run and, with Curry, Green, and Thompson still on deck alongside Andrew Wiggins, Jordan Poole, Kevon Looney and co., they will again be a force.