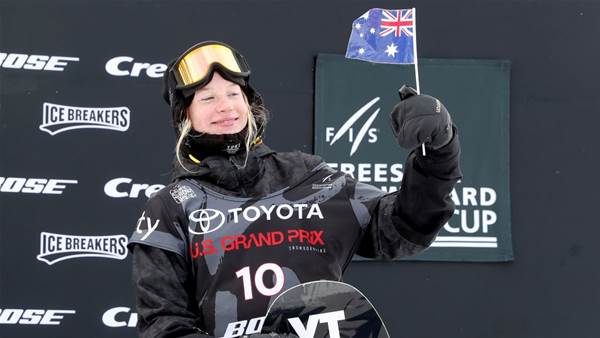 Team Australia was won their first medal at the 2022 Olympic Winter Games in Beijing. On Sunday, Tess Coady of Melbourne won the bronze medal in the women’s slopestyle snowboarding event. This was redemption for Coady as she qualified for the 2018 Olympic Winter Games in Pyeongchang, but was unable to compete because of a torn ACL suffered in practice.

Heading into her final run, Coady had the third best score of 82.68 points. However she was able to show some improvement in her final run, and improve her score by 1.47 points. Coady delivered a Switch Backside 900 with her first major jump in the third run of the slopestyle snowboarding final. One must realize that Coady’s initial score was good enough to win the Olympic bronze medal. In her first run, Coady had a Backside 700, and a Double UnderFlip 900.