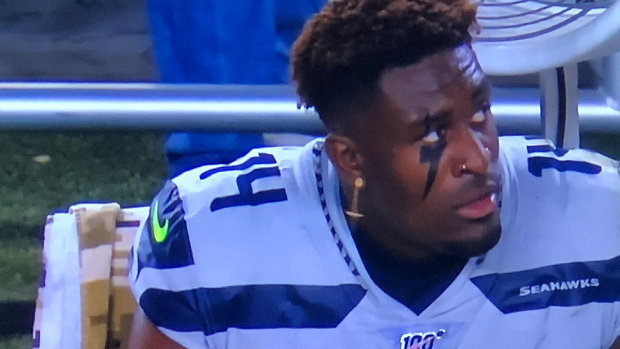 National Football League fans all know that Seattle Seahawks wide receiver DK Metcalf of Oxford, Mississippi is one of the fatest players in professional football. Now we will get to see just how fast Metcalf really is against some of the top American sprinters in track and field.

The American track and field program is in a state of flux at the moment due to the fact that Christian Coleman was banned from competing for the United States at the 2021 Olympic Games in Tokyo because he missed a scheduled drug test in December of 2019. Coleman won the gold medal in the men’s 100 metres at the 2019 World Track and Field Championships in Doha, Qatar.

Metcalf was recognized throughout the American sports community for running 22.64 miles per hour and tackling Cardinals safety Budda Baker, who was attempting an interception return for a touchdown, but was caught at the two-yard line during a game between the Seahawks and Cardinals in October.

In 2020, Metcalf was selected to the Pro Bowl for the first time while with the Seahawks. He had 83 catches for 1303 yards and 10 touchdowns, and was recognized for his outstanding chemistry with Seahawks quarterback Russell Wilson. The 1303 receiving yards in 2020 set a Seahawks franchise record for most receiving yards in a season.