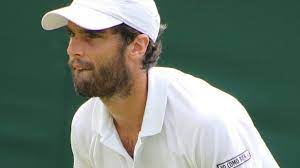 Pablo Andujar of Cuenca, Spain delivered one of the biggest wins of his career on Tuesday. The 35-year-old clay-court specialist beat number one seed Roger Federer of Switzerland 6-4, 4-6, 6-4 in the second round of the Geneva Open.

Andujar has won four clay-court tournaments in his career. He beat Potito Starace of Italy, 6-1, 6-2 in the Grand Prix Hassan II tournament in Morrocco in 2011. Andujar then defended his title in Morocco in 2012, where he beat Albert Ramos Vinolas of Spain, 6-1, 7-6. In 2014, Andujar beat Juan Monaco of Argentina  6-3, 7-5, in the final of the Swiss Open from Gstaad. Then in 2018, Andujar won the Grand Prix Hassan II tournament for a third time when he beat Kyle Edmund of Great Britain in the final, 6-2, 6-2.

Federer meanwhile has seen his world ranking drop to eighth in the world. At this time, he still plans to compete at the French Open later this month.