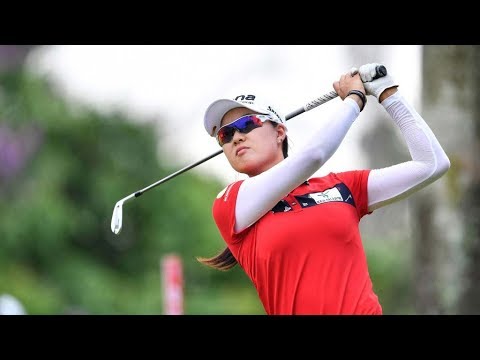 Minjee Lee of Perth, Australia is heading into the 2020 Olympic Games in Tokyo in 2021, as a major champion. On Sunday, Lee defeated Jeongeun Lee6 of South Korea in a playoff to win the 2021 Evian Masters in France.

In the playoff, Minjee Lee had a birdie, while Jeongeun Lee6 had a bogey as her approach shot went into the water. Minjee Lee now becomes the fourth Australian women’s golfer to win a major championship according to golf.org.au. Karrie Webb of Ayr won a remarkable seven titles (the 2000 and 2006 ANA Inspiration, the 2001 LPGA Championship, the 2000 and 2001 United States Women’s Open, the 1999 du Maurier Classic, and the 2002 Women’s British Open). Jan Stephenson of Sydney won the 1981 du Maurier Classic, the 1982 LPGA Championship and the 1983 United States Women’s Open, and Hannah Green of Perth won the 2019 Women’s PGA Championship.

In the fourth and final round, Minjee Lee had a score of seven-under-par 64. In the 18-hole round on Sunday, she had seven birdies and zero bogeys. She birdied the first, seventh, ninth, 14th, 15th, 16th, and 18th holes.

Heading into the fourth and final round, Lee6 was seven strokes up on Lee. However it was struggle for Lee6 on Sunday, as she only posted a score of even. Then, it was a disastrous playoff hole. In the second round, Lee6 shot a magical round of ten-under-par 61.

There were two other golfers in contention at the Evian Masters this weekend. Yealimi Noh of the United States finished in third place at -17, and Ayaka Furue of Japan was in fourth place at -15. Lee, Noh, and Furue were three of five golfers in the field to shoot in the 60s in every round. The other two were American Brittany Lang and South Korea’s In Gee Chun.