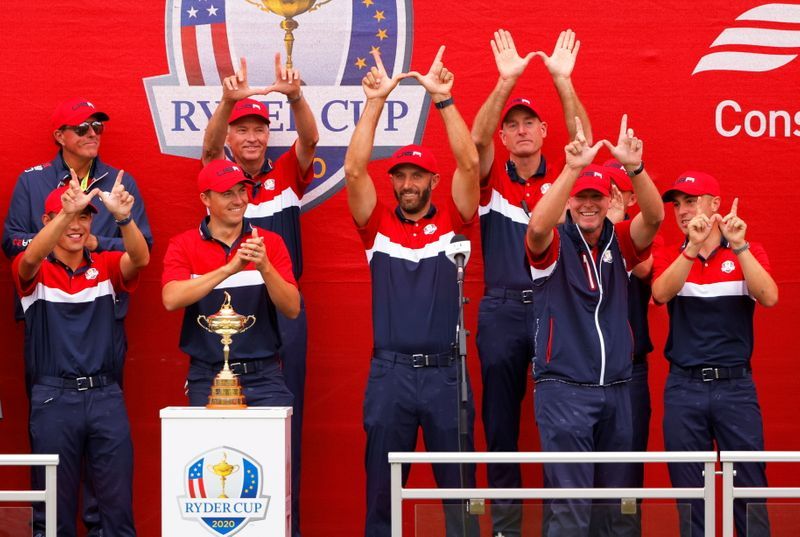 The 2020 Ryder Cup is two full days in and what we are seeing at this time is the most lopsided Ryder Cup in 46 years. On Saturday, the United States extended their lead to 11-5 over Europe, as they won three of four morning foursomes and split the four afternoon four-ball events.

It has simply been a perfect weekend to date for 2016 United States Open champion and 2020 Masters champion Dustin Johnson of Columbia, South Carolina. The world number two is a perfect 4-0. After winning with Collin Morikawa and Xander Schauffele on Friday, Johnson had two more wins on Saturday with Morikawa. In Saturday’s foursome action, Johnson and Morikawa beat the English duo of Paul Casey and Tyrrell Hatton 2 & 1, and then beat England’s Ian Poulter and Northern Ireland’s Rory McIlroy 4 & 3 in four-ball.

The 4 & 3 win by Johnson and Morikawa over Poulter and McIlroy was the most lopsided match on Saturday. It has been a disastrous Ryder Cup for McIlroy overall. On Friday, he teamed up with Poulter in the foursomes, and got their butts kicked 5 & 3 to Schauffele and Patrick Cantlay. Then in the Friday four-ball, McIlroy teamed up with Shane Lowry of Ireland, and lost 4&3 to Harris English and Tony Finau.