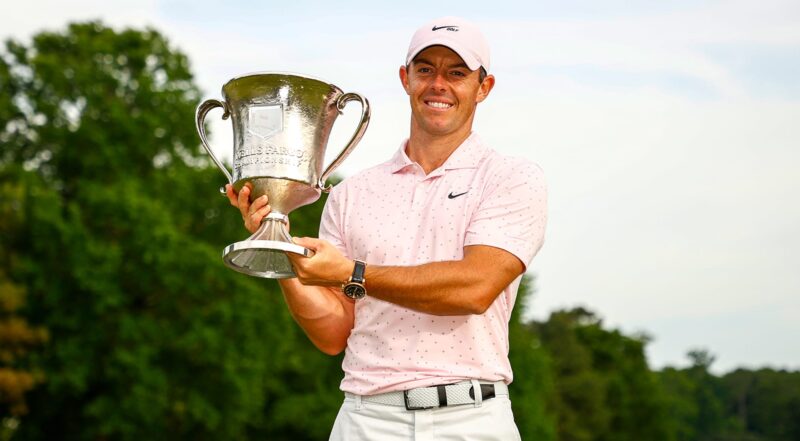 Four-time major golf champion Rory McIlroy of Holywood, Northern Ireland successfully defended his title on Sunday at the 2022 CJ Cup in Gillisonville, South Carolina. On Sunday, McIlroy defeated Kurt Kitayama by a stroke. McIlroy had a four-round score of -17.

This was the sixth ever CJ Cup. The first three occurred in Nine Bridges, Jeju Island, South Korea, with Justin Thomas of Louisville, Kentucky winning in 2017 and 2019, and Brooks Koepka of West Palm Beach, Florida winning in 2018. Canadian native Jason Kokrak, who represents the United States, won the 2020 CJ Cup in Las Vegas, before McIlroy won in Las Vegas in 2021.

This past weekend McIlroy has a round of five-under-par 66 in round one before three consecutive rounds of 67 on Friday, Saturday and Sunday. He won the tournament despite bogeying the 17th and 18th holes in the final round.

In the third round, McIlroy had two eagles. He posted a score of three on a par five on the fourth and 12th holes.

In addition to Kitayama of Chico, California, three other golfers were in contention at the 2022 CJ Cup. Kyoung-hoon Lee of South Korea was alone in third place at -15. Tommy Fleetwood of England and John Rahm of Spain were tied for fourth at -14.