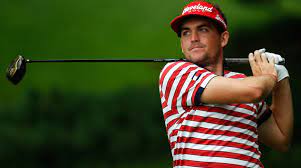 Keegan Bradley of Woodstock, Vermont has won his fifth career PGA tournament. On Sunday from Chiba, Japan, Bradley posted a four-round score of -15 to beat fellow Americans Rickie Fowler and Andrew Putnam by a stroke at the 2022 Zozo Championship.

Four more golfers were in contention. Emiliano Grillo was alone in fourth place with a score of -13. Meanwhile, there was a three-way tie for fifth place as Americans Hayden Buckley and Sahith Theegala, and Norway’s Viktor Hovland were all at -12. Interestingly, none of Hovland’s PGA titles have been  in the United States, as one has been in Puerto Rico, and two have been in Mexico.

The most notable golf victory Bradley ever had was the 2011 PGA Championship at the Atlanta Athletic Club, where he became a major champion. Bradley has also won the 2011 Byron Nelson Championship, the 2012 World Golf Championship Bridgestone Invitational, and the 2018 BMW Championship in Wilmington, Delaware. The BMW Championship is part of the FedEx Cup series. In three of Bradley’s five tournament titles, he has won in a playoff.

Keegan Bradley is also known as the nephew of the great women’s golfer Pat Bradley of Westford, Massachusetts. Just how amazing was Pat Bradley? The Hall of Famer in 1991 won 31 times on the LPGA Tour, including six majors. She won the 1980, 1985, and 1986 du Maurier Classic in Canada, the 1981 United States Women’s Open, the 1986 Nabisco Dinah Shore and the 1986 Women’s PGA Championship.