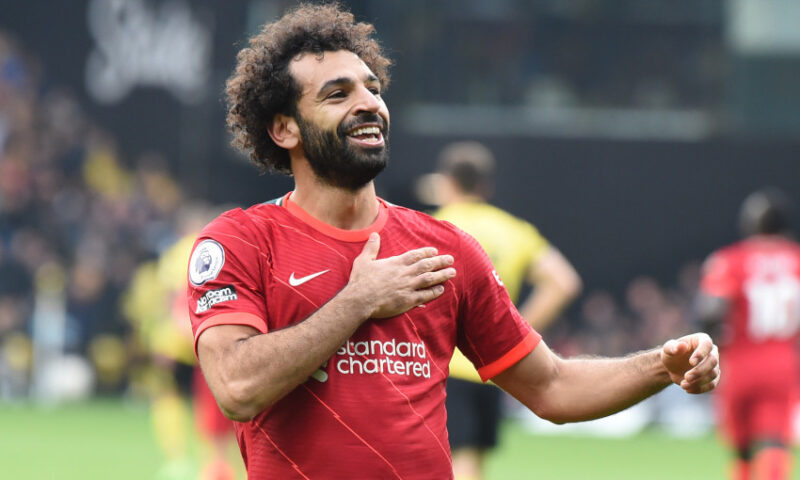 Mohamed Salah stamped claim as the world’s most in-form player after a stunning display in Liverpool’s 5-0 victory over Watford.

After the Merseyside club returned from the international break it was widely accepted among the football community that Salah was among the best players in the world, if not, the best.

The opening goal at Vicarage Road showcased exactly why Salah is at the top of the list. A curling pass using the outside of his foot, finding Sadio Mane at the edge of the box in the eighth minute. Mane pounced on the opportunity to break the deadlock.

It was Mane’s 100th goal, meaning the Senegalese winger joined Salah as the third African to reach the feat.

With several close shots saved by Ben Foster, Salah finally scored in the fifth minute with another goal of the season contender.

In what looked like a replay to his goal against Manchester City, Salah found his way past a host of defenders with quick feet, dropping Cathcart before slotting past Foster with his left foot – instead of his right which beat Ederson before the international break.

Despite not scoring against Burnley on matchday two, Salah has scored in every game he has played this season, including the champions league. That’s 10 goals in 10 games, with four assists.

Whether you agree with the placement of Salah at the top of world football, there’s no arguing about the Egyptian’s prowess and ability, especially considering the way he is scoring goals this season.

Time will tell to determine if Salah can continue his hot form to start the season and if he can lead Liverpool to the Premier League trophy for the second time in his career.

Meanwhile, while Salah walked away with the man of the match award, Roberto Firmino scored a hat-trick in Liverpool’s win, with each of the front three adding to the tally.

Harry Souttar is on the verge of becoming the latest Australian international to play in the Premier League, with heavyweight English clubs Everton and Tottenham inking the 22-year-old Stoke City Read More