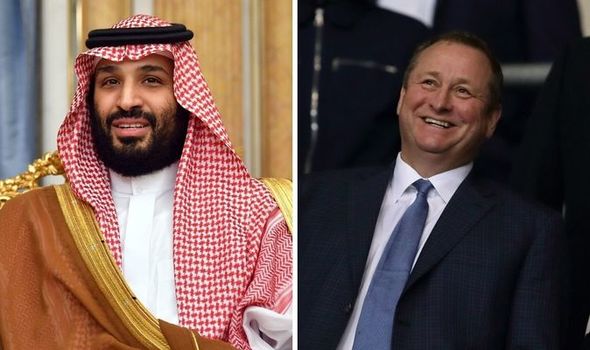 The Saudi-led takeover of Newcastle United looks to be back on the cards following a resolution between beIN sports and the Saudi state and a takeover could be confirmed imminently.

Current Newcastle owner Mike Ashley has owned the club for 14 years and his approval rating with fans is uninspiring, to say the least. A survey from the Newcastle United Supporters’ Trust showed that 93 per cent who voted were in favour of a takeover.

While the Premier League still needs to approve of any agreement it could bring an end to an 18-month saga.

Keith Downie from Sky Sports said on Twitter: “There’s growing belief the £300m Newcastle United Takeover can be pushed through after the Saudi state resolved their illegal streaming issues with BeIn Sport”.

He added: “The deal still needs Premier League approval but it’s understood an agreement could be reached soon.”

According to the BBC, the Saudi State would not have control of the club, instead, the Public Investment Fund (PIF), would provide 80 per cent of the funds for the deal.

It would be viewed as a separate entity, allowing for the takeover to be approved by the Premier League.

For Newcastle fans, the deal would not just represent a shift in its club’s finances but the ability to have more control over the club.

A fan page on Twitter named ‘The Spewing Magpie’ posted a tweet saying, “For non-NUFC fans, we don’t expect to sign Haaland or Mbappe in January. We don’t expect to win the league next season. We just want Newcastle United back”.

The opportunity to amend a relationship between the club and fans can only benefit Newcastle United. While it took Manchester City a few years to reap the rewards of new owners, it could see Newcastle move up the Premier League ranks in the coming years.

Harry Souttar is on the verge of becoming the latest Australian international to play in the Premier League, with heavyweight English clubs Everton and Tottenham inking the 22-year-old Stoke City Read More