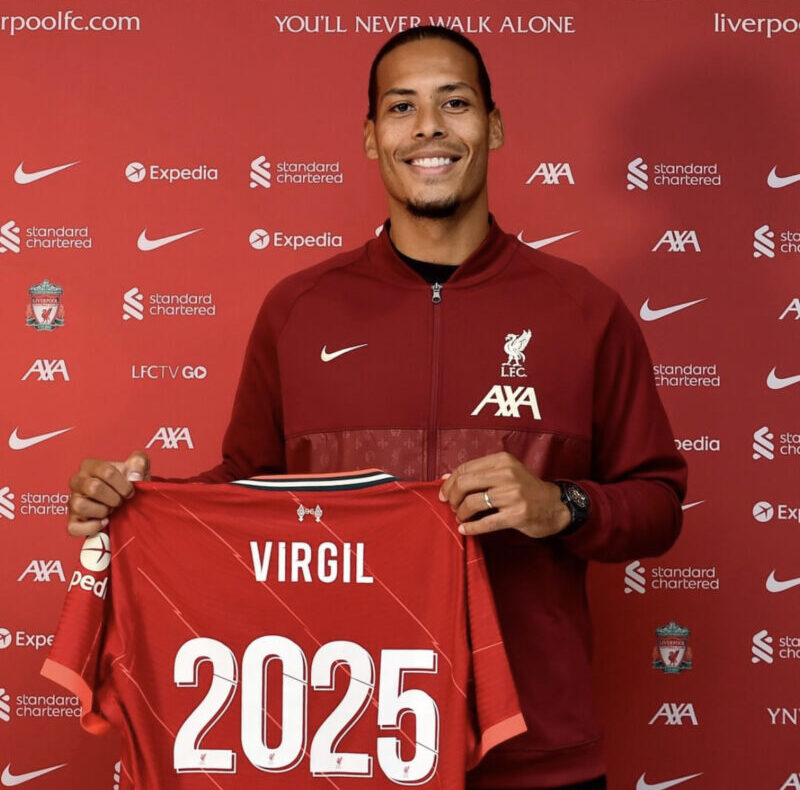 Over the past couple weeks, Liverpool FC have re-signed a host of star players with Allison Becker, Trent Alexander-Arnold, Fabinho, Harvey Elliot and most recently Virgil Van Dijk extending their contracts with the club.

Liverpool have been so classy with Virgil Van Dijk. New contract talks started right after his injury – Liverpool wanted to show Virgil how they consider him present and future of the club. 🔴 #LFC

Van Dijk committed his future to the club till 2025 and while these deals can be seen as a positive investment into Liverpool’s future, many are questioning the clubs activity in the transfer market. As it stands, Liverpool have added Ibrahima Konaté from RB Leipzig to consolidate their defence which turned out to be a key weakness last season following an injury plagued campaign.

The club has been unwilling to make further transactions and rival clubs have bolstered their depth in a bid to take out the premier league title.

Manchester United signed Jadon Sancho and Raphael Varane, Manchester City cashed in on Jack Grealish and Chelsea added Romelu Lukaku, so it is safe to argue that Liverpool could be falling behind.

Liverpool manager Jurgen Klopp has defended the clubs position in the market and according to Ian Doyle from the Liverpool Echo, the German said “If you are a real Liverpool fan then you are happy with what happened the last few weeks, signing Alisson, Trent, Fabinho and Virgil on contracts, and others will follow.”

He added “If other teams wanted to sign these players they’d have to spend a lot of money, and we have them.”

Klopp is trying to reassure fans that the squad’s star power is more than enough to compete for the title.

An area of focus for Klopp is the development of youngsters within the team. The re-singing of Harvey Elliot is an indication of his faith in the 18-year-old who impressed during his loan spell with Blackburn Rovers last season. In 41 games, Elliot scored seven goals in the Championship and Klopp is looking towards “Harvey and Curtis” as players who can make the step up to fill the void left by Gini Wijnaldum who left to Paris Saint-Germain on a free contract.

“We can’t just add players on to the squad and say ‘let’s see how that works’. We have to work with them the whole year,” Klopp said.

What it comes down to is Klopp’s undying faith in his squad. Liverpool have the strength to compete with any team in the world – on their day, that is if they remain uninjured. It will be interesting to see if Klopp’s gamble will pay off, or a repeat of last season takes place.