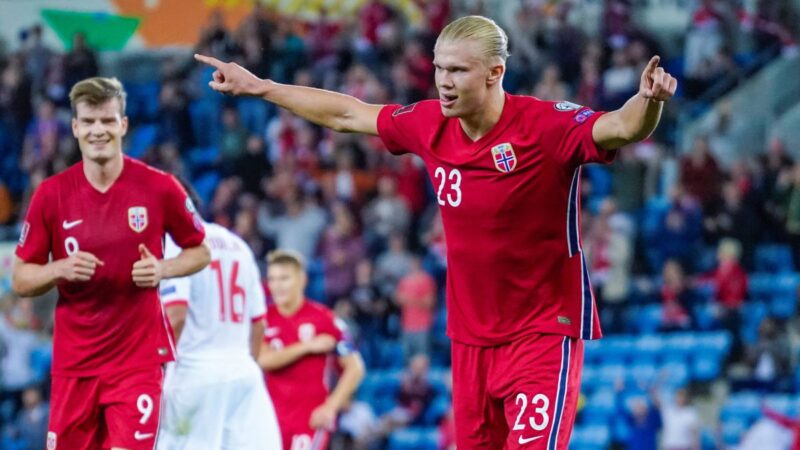 Erling Haaland is a phenomenon. The Norwegian striker has been on top form for both club and country as he bagged another hattrick for Norway when they dispatched Gibraltar 5-1 this morning.

Erling Haaland with the hat-trick. That's five goals in three games for Norway this international break.

The victory gives his country a boost in the sixth round of European qualifiers for the 2022 World Cup. While Norway sits level with the Netherlands on 13 points, the Dutch have a better goal difference in the group.

After Kristian Thorstvedt opened the scoring against Gibraltar, Haaland joined the party scoring the game’s second goal in the 27th minute. A goal in the 39th minute and in stoppage time of the second half capped off his hattrick.

Haaland’s three goals mean he has now scored 20 goals in his last 16 games played. For Borussia Dortmund, the 21-year-old has recorded 43 goals in 46 games and 12 goals in 15 for Norway.

It’s an incredible feat for such a young player who came to prominence when playing in Austria for Red Bull Salzburg.

In his third season with Dortmund, Haaland is averaging a goal a game in the three fixtures played. He has helped the side to two wins and one loss as they begin preparing for Bayer Leverkusen on Saturday night AETD.