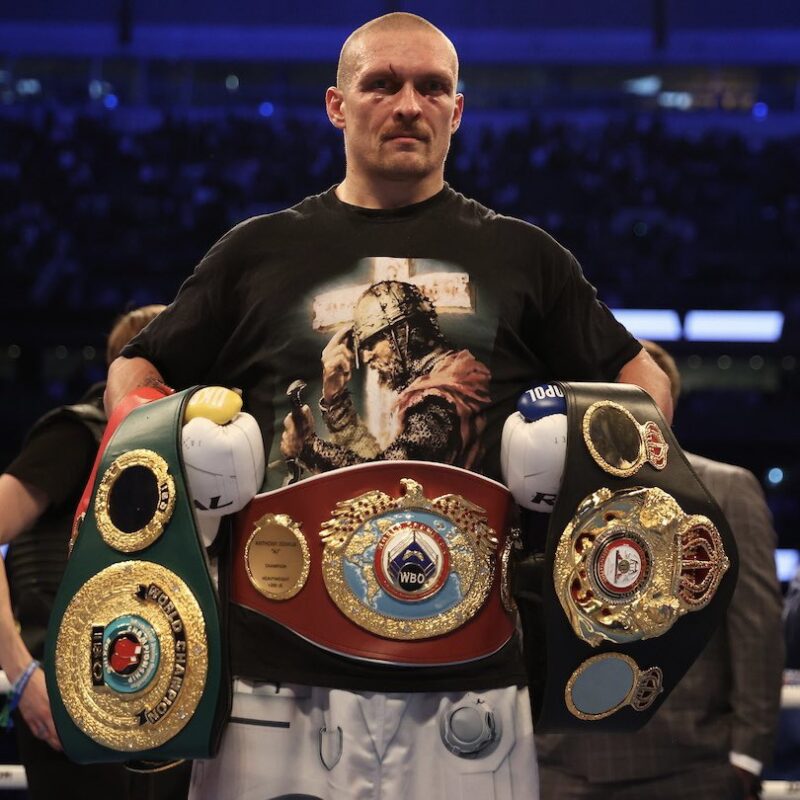 The former unified cruiserweight champion went the distance with Joshua who was the favourite heading into the blockbuster match-up. Although the Ukrainian won on each of the judges’ scorecards (117-112, 116-112, 115-113).

It was a disappointing performance for Joshua.

He started the fight slowly, trying to figure out his opponent’s southpaw style. It was obvious the boxing IQ at Usyk’s disposal was too much for the Brit.

Joshua did find some success in the middle rounds and looked to have the Ukrainian on the back foot, finding his punches and pushing Usyk onto the ropes.

Unfortunately for Joshua’s promoter Eddie Hearn, it was too little too late as Usyk found a second wind and cruised to victory – even catching Joshua in the final stages of the 12th round.

Joshua signed a career-long deal with Hearn’s Matchroom Sport in the week leading up to the fight but he now moves to 24-2 following the decision loss.

In a post-fight interview, the Ukrainian admitted he wasn’t at his best as he became the third heavyweight champion from the country – after the Klitschko brothers.

“You didn’t see the best Usyk, I can be much better,” Usyk said.

The Klitschko brothers were the first two. pic.twitter.com/kBapIcqBu7

Joshua can activate an immediate rematch clause with Usyk but it now means the mega battle with fellow countrymen Tyson Fury is off the cards.