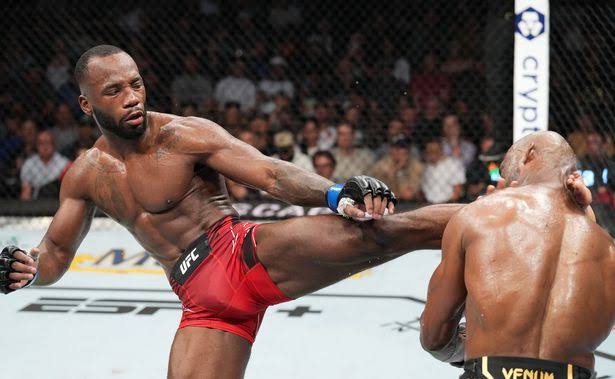 It goes without saying that Kamaru Usman is one of the best champions the UFC has ever had.

Thé dominant welterweight succumbed to his first ever knockout loss and in doing so the Nigerian lost his title.

If it wasn’t for a late knockout kick, landed by Leon Edwards in the last minute of the fifth and final round, he’d have breezed to victory on each of the judges’ scorecards.

Usman was complacent, it was nearing on a boring end to the bout, but he was winning and all he needed to do was keep safe.

Now we are set for what looks like an instant rematch, and that’s exactly what needs to happen.

He bested Colby Covington and Jorge Masvidal twice, picking up both a knockout and decision against the pair.

Gilbert Burns offered Usman a difficult fight, rocking the former champion in the first round before a hard jab gave the Nigerian a comfortable finish within two rounds.

This all speaks to why Usman should face up against Edwards, even despite the strength of the division with Khamzat Chimaev, Belal Muhammad, Covington just to name a few, lurking in the background.

The fight is almost a certainty. UFC President Dana White all but confirmed the bout during a post-card press conference.

It’s likely it will take place in London, giving Edwards the opportunity to fight in front of a home crowd.

With Chimaev facing Nate Diaz next month, it will be an interesting few months as White decides on what direction the division will go.

The long-awaited blockbuster match-up between George Kambosos Jr and Devin Haney for all the lightweight belts is less than 24 hours away While Kambosos initially missed weight, he spent Read More