Kambosos Jr: Australia's best ever boxer? - The Sporting Base
0 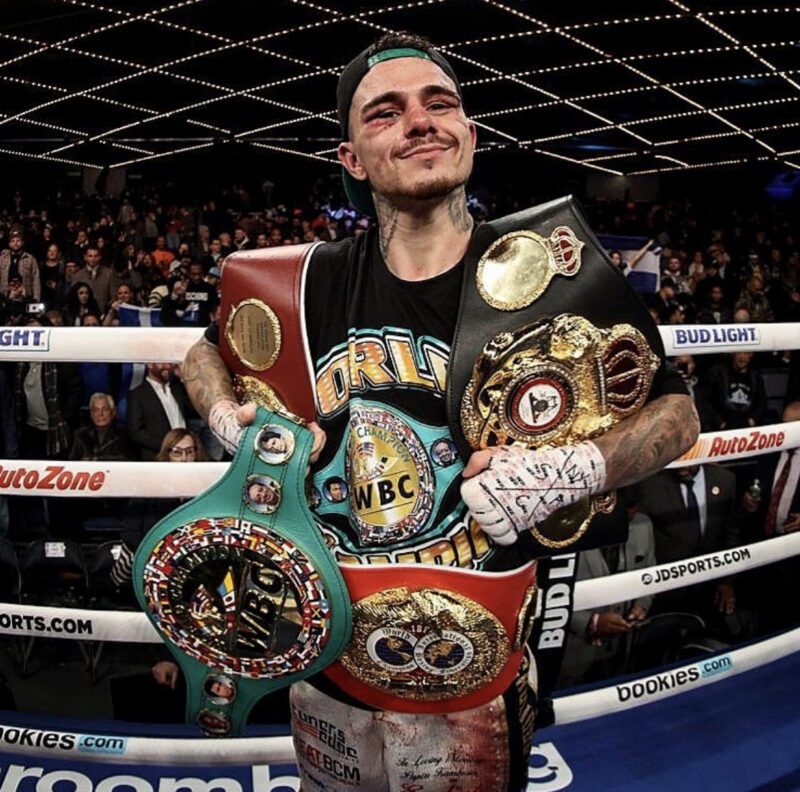 It was an upset for the ages with Lopez coming out firing in the first round with the hopes of securing an early stoppage – exactly like he said in the pre-fight press conferences. And while he was finding some success in the opening exchanges, it was Kambosos Jr who floored the Brooklyn native towards the final stages of the first.

After beating the count, Lopez looked shocked. He didn’t expect his Australian mandatory challenger to be of any resistance to his titles and from then, it looked like there was no plan B.

Although earning a knockdown of his own in the 10th round, Lopez was stagnant in the middle stages of the bout as Kambosos Jr controlled the exchanges. The Australian was full of confidence even managing to cut the unified champion above the left eye which turned out to be a serious problem in the latter stages of the fight.

As Kambosos started to recover from the knockdown, he fought his way back to win the championship rounds and thus winning on two of the three judges’ scorecards. An irate Lopez was clearly disappointed with the decision. He did not expect to be dethroned in his backyard, especially after overlooking Kambosos Jr in the leadup to their bout which spanned more than 9 months of constant date changes.

In the post-fight interview, Kambosos made it known that he was the best Australian boxer of all time. It’s hard to dismiss this claim. The Australian-Greek boxer hailing from the Shire in Sydney was the first from the country to win at least three belts in one fight.

“I am the greatest fighter in Australian history, I have all four belts,” Kambosos Jr said.

It did not stop Lopez from making his point known – he truly believed he won the fight or he at least wanted to convince people that he did, very reminiscent of Adrien Broner following his loss to Manny Pacquiao.

He stole the microphone from Dazn’s Chris Mannix and said “I ain’t no sore loser…I won the fight”.

Strapped with more belts than he could carry, Kambosos Jr replied saying he wanted a rematch.

“You are a bit delusional brother,” he said.

It wasn’t enough to convince Lopez who didn’t seem interested in entering the ring again with Kambosos Jr. In the build-up to the fight, the American wouldn’t stop talking about potential match-ups with WBC lightweight champion Devin Haney and WBC interim champion Ryan Garcia. But after the beatdown from Kambosos Jr, Lopez is now eyeing a move up to super-lightweight with the hopes of taking down unified world champion, Josh Taylor.

Yesterday’s victory in New York proved one particular talking point in the world of boxing and that is Australian’s are always looked down upon no matter how good they might be.

Of course, Lopez was the favourite and for good measure. He beat Vasily Lomachenko who was considered to be the best pound-for-pound fighter in the world. The persistent mind games and overlooking from the American wasn’t enough to beat a warrior like Kambosos Jr who had all the confidence in the world and he was right when no one else would give him a chance.

It will be interesting to see what is next for Australia’s new boxing king with Haney facing former two-weight world champion Jojo Diaz this weekend in Las Vegas. Kambosos Jr has confirmed he will be in attendance and a likely match-up could be on the cards, especially if Eddie Hearn can acquire the signing of the new unified lightweight champion.

The long-awaited blockbuster match-up between George Kambosos Jr and Devin Haney for all the lightweight belts is less than 24 hours away While Kambosos initially missed weight, he spent Read More
Boxing & UFC

The self-crowned emperor of the lightweight division, George Kambosos is preparing for what could be the biggest boxing fight in Australian history It’s certainly the biggest pay day in Read More