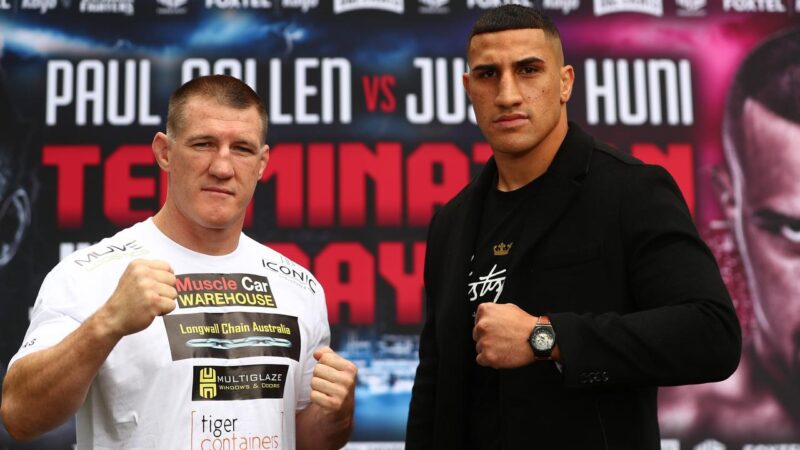 When it was announced that 22-year-old Justis Huni would have a tune-up fight against Christian Tsoye people were concerned that it may have ruined his upcoming bout with Paul Gallen.

After winning by unanimous decision with two judges awarding Huni the fight 99-91, while a third gave him a 98-92 win, the Brisbane-based fighter left Aware Super Theatre in Sydney almost untouched.

It was Huni’s fourth professional fight, and unlike many other inexperienced boxers early on in their careers, he has had four fights scheduled for 10 rounds.

After turning professional, boxers usually start off with four-round fights to work their way into longer bouts. Huni went down another path and broke records as he became the first fighter in the country to win the Australian heavyweight title in their first contest.

Paul Gallen was in attendance on the night and his trainer Peter Mitrevski was not fazed by the young boxer.

The boxing style of Gallen is all about high-pressure and getting inside of his opponent’s range. He did this perfectly against Lucas Browne and he will try to replicate that against Huni.

Mitrevski is under the belief that his fighter has enough to limit the presence of Huni and with impressive performances over Mark Hunt and Browne, there is a possibility he can perform next month.

There are always two sides to the story, and Huni’s father Rocki was happy to see his son get in a “hard sparring session”, for the blockbuster fight with Gallen.

“We needed the rounds,” Rocki said.

“We were not going in there looking at this fight, we just thought of this fight as a warm-up for our next fight. That’s all we wanted.”

Huni faces Gallen on June 16 as the NRL legend aims to clinch the Australian heavyweight title.