Jarvis set for meteoric rise after making US debut – Exclusive 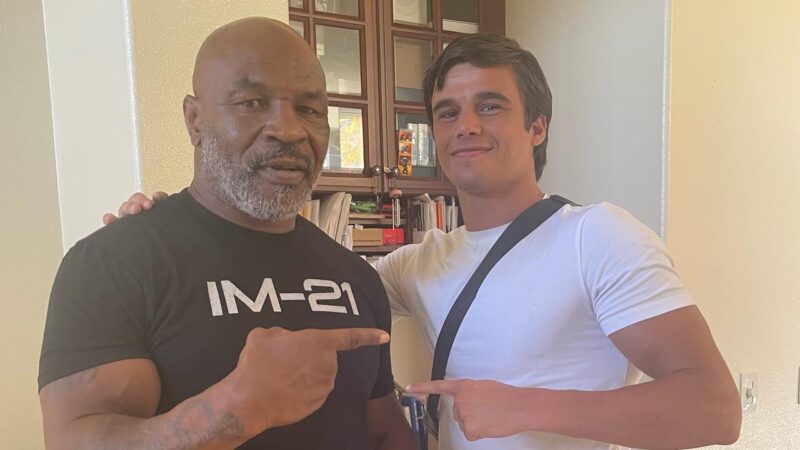 Lightweight boxing in Australia is in good hands. We’ve just seen George Kambosos Jr dethrone Teofimo Lopez to become the king of the division, but Brock Jarvis is another name to look out for.

The 24-year-old spoke to The Sporting Base about his debut which saw Jarvis tested in the second round following an onslaught by Frias.

“He [Frias] caught me with some big shots, and it rattled me a bit. I wasn’t happy with my performance, really,” Jarvis said.

“I have a lot to work on, and I know it’s things that I can fix, and that’s something I will do.”

Over the past few years, Matchroom Boxing has skyrocketed up the boxing rankings to become one of the biggest names in the sport, competing with Bob Arum’s Top Rank and Al Haymon’s Premier Boxing Champions.

Jarvis paid tribute to Hearn’s willingness to bet on the Australian, allowing him to introduce himself to the world of boxing.

“It’s just crazy that Eddie Hearn reached out to us and wanted us to fight on his card,” he said.

“He’s an excellent bloke and really down to earth, and he looked after me. It’s an amazing feeling.

“I think I’m going to fight again early next year; they want a busy year from me. Hopefully, I can get three to four fights during the year. That’d be perfect.”

The last time Jarvis fought more than three times in a calendar year was in 2017 where he fought six times and picked up knockout victories in each fight. It included two fights in Thailand, with less than three rounds fought altogether.

It has shown Jarvis’ willingness to fight whoever and wherever. While fighting on the domestic stage has seen the likes of Tim Tszyu and Jai Opetaia earn mandatory status with the WBO and IBF, respectively, making a move overseas has turned out to be another pathway towards success.

Kambosos proved this with his split decision victory over Lopez at Madison Square Garden. In 2018, the lightweight champion fought in America, Malaysia, Greece and England and beat two former world champions to earn mandatory status by the IBF.

Jarvis’ relationship with Matchroom can only give the Australian plenty of fresh opportunities in the coming years. If he can achieve his goal of fighting three or four times next year and picking up a win in each of those fights, it could see Jarvis knocking on the door of one of the four major boxing organisations.

The 24-year-old explained the inspiration behind seeing his fellow Australian win on the world stage and take home the IBF, WBC (franchise), WBO, WBA (super) and ring titles.

“It definitely motivates me to see what happened. It was unbelievable,” Jarvis said.

“Not many people have done it; it will go down in the history books. It’s an amazing achievement, and it does motivate me. Who wouldn’t that motivate?”

“Australian boxing is flying at the moment; we have some great fighters coming through.”

Without a fight booked, Jarvis is waiting on the sidelines for his next opportunity and before arriving back in Australia after his fight, he sat down with arguably one of the best heavyweight boxers ever, Mike Tyson.

Iron Mike and Jarvis’ trainer, Fenech, are long-time friends, and the now 55-year-old former heavyweight champion of the world has thrown his support for the Australian.

Jarvis spoke about his interaction with Tyson after being invited to watch a replay of his fight.
“It’s unreal, we caught up with Mike at his place, and he sat down and watched my fight,” he said.

“I was sitting there thinking – I just can’t believe that I was sitting at Mike Tyson’s house and watching my fight. It was just crazy and to have him just watching me is just so surreal.

“He’s probably one of the biggest names ever, well he is. He’s a humble guy, and he gave me some advice.

Not many fighters can get up close and personal with what many call ‘The Baddest Man on the Planet’, and while Tyson has his podcast and is in the public eye, he is quite reserved, so it speaks volumes that he is willing to get behind Jarvis.

The next few months will reveal a lot about Jarvis’ pathway into the lightweight division, having only fought once at that weight. Right now, it’s as stacked as it ever has been. Kambosos beat Lopez to win all the belts on November 28 (AEDT), seven days went on, and Devin Haney defended his WBC belt. A day later, Gervonta Davis retained his WBA (regular) title as Isaac Cruz announced himself as a real contender at 135 pounds.

With all the talent in front of him, Jarvis said he is willing to go toe-to-toe with any of the top-level fighters.

“I would love to fight any of those top guys, it would be unreal to get that opportunity, and I would jump at if I were offered the bout,” he said.

“I’m a pretty tall guy for lightweight; I have size. It’s all about using it properly and using my strengths to my advantage. That’s what I will be working on.

“These guys are all top-level boxers, so you have to be on your game no matter what. I have to keep getting those wins, and of course, that’s what I want. I want those fights, otherwise, there’s no reason to be boxing.”

A possible fight for Jarvis on his rise to stardom is a rematch with Frias which was speculated in the days after their first battle.

While there is no need to take on the fight, the Australian is willing to give the Mexican another shot.

“I don’t mind who it is, I’m happy to get a fight, and I’ll just take any opportunity that I can get.”