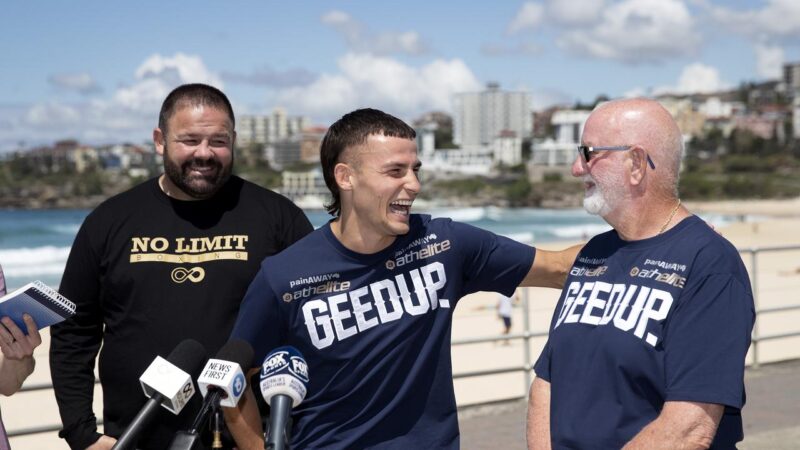 Olympic medalist Harry Garside is turning pro and will be trained by the great Johnny Lewis and promoted by No Limit 🥊 pic.twitter.com/U9BbOoE3H5

In Tokyo, he was the first Australian to win a medal in boxing since Grahame Cheney at the Seoul Olympics in 1988.

While achieving the feat was celebrated by many, Garside felt like he didn’t do enough and is hoping to taste world glory in the professional ranks.

“Even at the Olympics, a bronze medal was a failure. I’ll be the first person to say that, we went there for the gold medal,” Garside said.

“I’m not happy with a bronze medal or the Australian title, I envision the top and want to be the best in the world.

“I want to be one of the greatest Australian boxers of all time. I’m going to set my bar high and train my arse off.

“With the help of Johnny, anything is possible.”

In a press conference on Bondi Beach, promoter George Rose, Garside and his new trainer – 77-year-old Johnny Lewis made the announcement to the media scrum.

Having trained world champions in the past, Lewis who was semi-retired believes Garside has what it takes to get to the top of the boxing world.

“If we put him into the ring for a world title, he’s going to win it, don’t worry,” Lewis said.

Fans won’t have to wait long to see Garside step back in the ring, with Rose confirming Garside will feature on the undercard of Tim Tszyu’s blockbuster bout with Japanese super-welterweight, Takeshi Inoue on November 17.