Do or die for McGregor 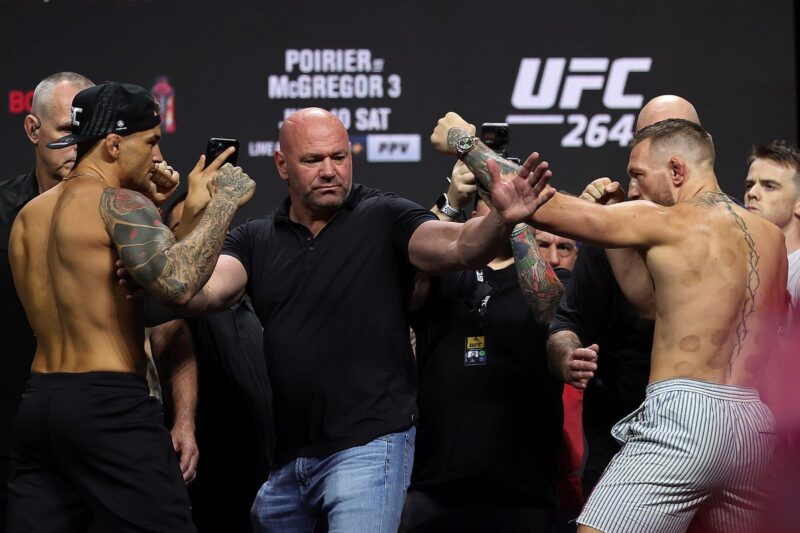 Conor McGregor is looking to avenge his first ever knockout loss, after Dustin Poirier finished the Irishman at UFC257 in January.

The former two-weight world champion will be using tomorrow’s matchup as a way to revitalise his career. After one win since he defeated Eddie Alvarez for the lightweight strap, McGregor needs to win against Poirier – or accept his demise.

While he would not be totally shut out of the UFC, the options are beginning to run thin and if he was to lose his status value would fall. Despite this conundrum, a win would tee up a title bout with UFC lightweight champion Charles Oliveira.

The ability to sell fights through his trash talk and flash knockouts, has allowed McGregor’s brand to grow. It’s not just a matter of winning fights but also being able to attract attention and a win at UFC264 would appeal to Oliveira in many ways – mainly the PPV money generated through McGregor’s name.

It is unsure whether the Irishman is past his best, he came into the last fight without having fought in over a year. During his rise to stardom, McGregor was known for his activity, whereas his outlook has changed.

For Poirier, he gave up an opportunity to fight Oliveira for the title and instead waited for his trilogy with McGregor. It was a risky bet, but the money involved probably outweighed the chance to regain the belt.

Stay tuned for more updates on Twitter as Conor’s bad side has returned and tomorrow’s fight will likely live up to the hype.