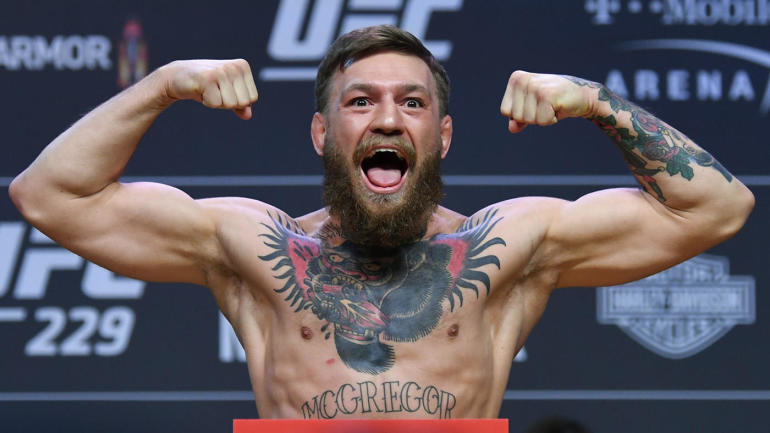 Conor McGregor who is arguably the most popular UFC star in history will make a long-awaited return to the octagon in January and his opponent is going to make sure it isn’t an easy return.

Dana White confirmed the Irish superstar is set to return to the UFC against Donald ‘Cowboy’ Cerrone on January 18 (January 19 AEDT) as the headline act at UFC 246.

The fight itself is not yet finalised, but the UFC expects to put the finishing touches on the welterweight bout, which will headline the Las Vegas card despite being a non-title showdown.

“Conor has signed and Cowboy is ready to go,” White told ESPN.

Per Okamoto, “Cerrone’s representatives say he has agreed to the bout and signed a new exclusive deal with the UFC.”

This will mark McGregor’s (21-4) first fight in the organisation since losing to Khabib Nurmagomedov at UFC 229 in October 2018.

The 170-pound match-up will be the third time McGregor — a former 145-pound and 155-pound champion — fights at welterweight in the UFC.

Cerrone (36-13), who holds the UFC record for most wins (23) and finishes (16), is coming off a knockout loss at lightweight against Justin Gaethje in September.

McGregor hasn’t been out of the headlines since losing to Khabib and it has been for all the wrong reasons.

In a court hearing on November 1, he pleaded guilty to assaulting a man in a pub in Dublin earlier in the year.

When it comes to Australian and New Zealand mixed martial arts, UFC 234 is likely the most important event to date Not only does this pay-per-view event take place in Melbourne, the card is Read More
Boxing & UFC

The UFC heads to Fortaleza, Brazil in collaboration with ESPN for Fight Night 144 A quality card is headlined by the great Jose Aldo vs Renato Moicano and Batamweight contenders Raphael Read More