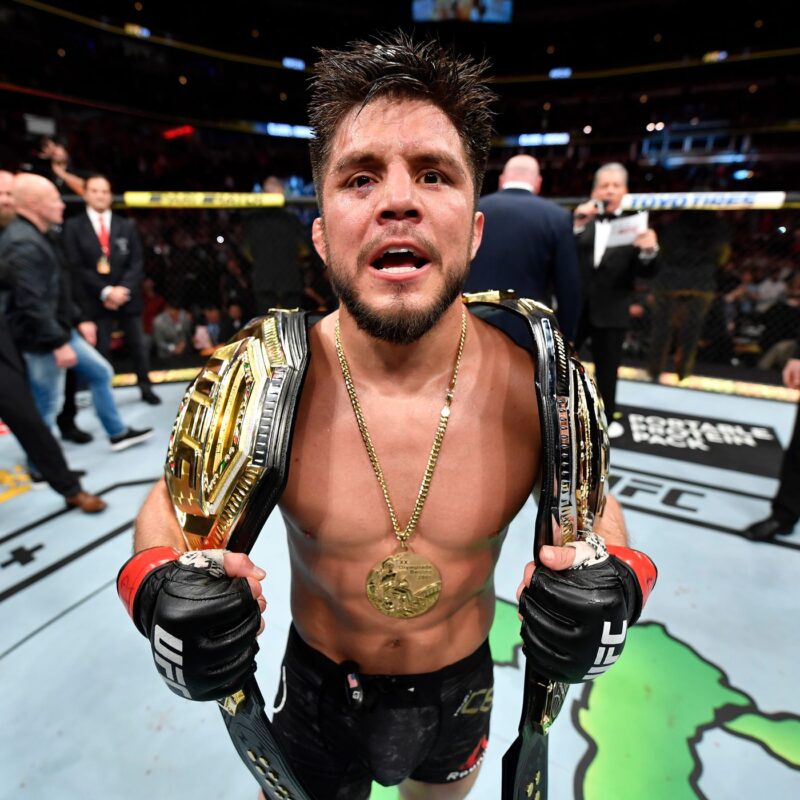 Henry Cejudo is looking to make a return to the Octagon in a bid to claim his third UFC title in a different division.

The former UFC flyweight and bantamweight champion has put his hand up to face Alexander Volkanovski. He recently defended his featherweight strap against Brian Ortega in a fight of the year contender.

"You want to come back … and jump over Max and all these other guys that have been there?#DWCS | Full video: https://t.co/dI1qAWK6t2 pic.twitter.com/EwfXUPAyZk

UFC president Dana White has dismissed the claims when speaking to the media.
“Listen, he retired. You’ve been off all this time and you want to come back and fight Volkanovski and jump the line and jump over Max and all these other guys that have been there? It’s a tough conversation,” White said.

It is not as if this hasn’t been done before. In fact, Conor McGregor has been given preferential treatment before, even after pausing his MMA career to fight Floyd Mayweather in boxing. We all know how that turned out with Khabib submitting the Irishman in Las Vegas.

Although White seems adamant about Cejudo not skipping the line, the American spoke to ESPN’s Marc Remondi about securing the fight.

“I am entitled to skip the whole damn line and fight Volkanovski,” Cejudo said.

“Do you know why? Because I deserve it. I’ve defended my flyweight belt against Demetrious Johnson. I beat TJ Dillashaw. I knocked out Marlon Moraes. And I defended it against Dominick Cruz, the greatest bantamweight of all time.”

“I still think of winning that third belt. I really do. I really do think it’s attainable. I think anybody is crazy to count me out.”

Cejudo’s final fight before retirement was against Cruz, where he finished the former champion in the second round. This came in May of last year, and he has since turned to other ventures, including being a regular co-host on Mike Tyson’s Hotboxin podcast.

With a record of 16-2, the former Olympic gold medalist has been consistent about wanting to fight the Australian champion.

On June 8, 2020, Cejudo said he was willing to come out of retirement if it meant he could challenge Volkanovski for the featherweight belt.

If granted the opportunity, Cejudo would have the chance to become the first UFC fighter to claim three titles at one stage in their career. It would eclipse McGregor’s breakthrough performance against Eddie Alvarez, which saw the Irishman set a trend of fighters moving to another weight division to claim two titles simultaneously.

This was a feat Cejudo could replicate, and it will be interesting to see if White can change his mind. People have already seen Volkanovski square off with former featherweight champion Max Holloway on two occasions. Although the second fight was controversial, a match-up with Cejudo would undoubtedly sell PPVs.