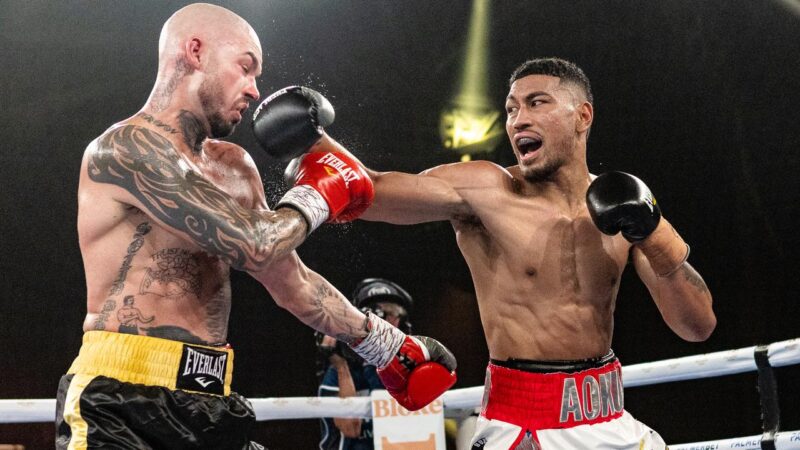 Having fought in the Olympics and picked up his first professional win earlier in the year, Paulo Aokuso is one of Australia’s fastest rising stars in boxing.

While not reaching the same lengths as fellow Tokyo Olympian Harry Garside, and picking up a medal, Aokuso is highly rated and he proved that in a dominant debut in March when he stopped Michael Van Nimwegen in the fifth round.

Aokuso isn’t here to take easy fights, with his sights set on becoming the fastest world champion in Australian history.

“I just want to go down in the record books,” Aokuso told Sporting News Australia.

“I want to be known as the fastest Australian to ever win a world title and just to be something great.”

With plans of doing it in six, he must fast-track his career and in doing so, he can’t afford to take tune-up fights.

Despite the defeats, he has fought some of the best internationally and domestically and Aokuso can impress Australian fans if he can do the same.

Expect a dominant performance in Brisbane.

The long-awaited blockbuster match-up between George Kambosos Jr and Devin Haney for all the lightweight belts is less than 24 hours away While Kambosos initially missed weight, he spent Read More