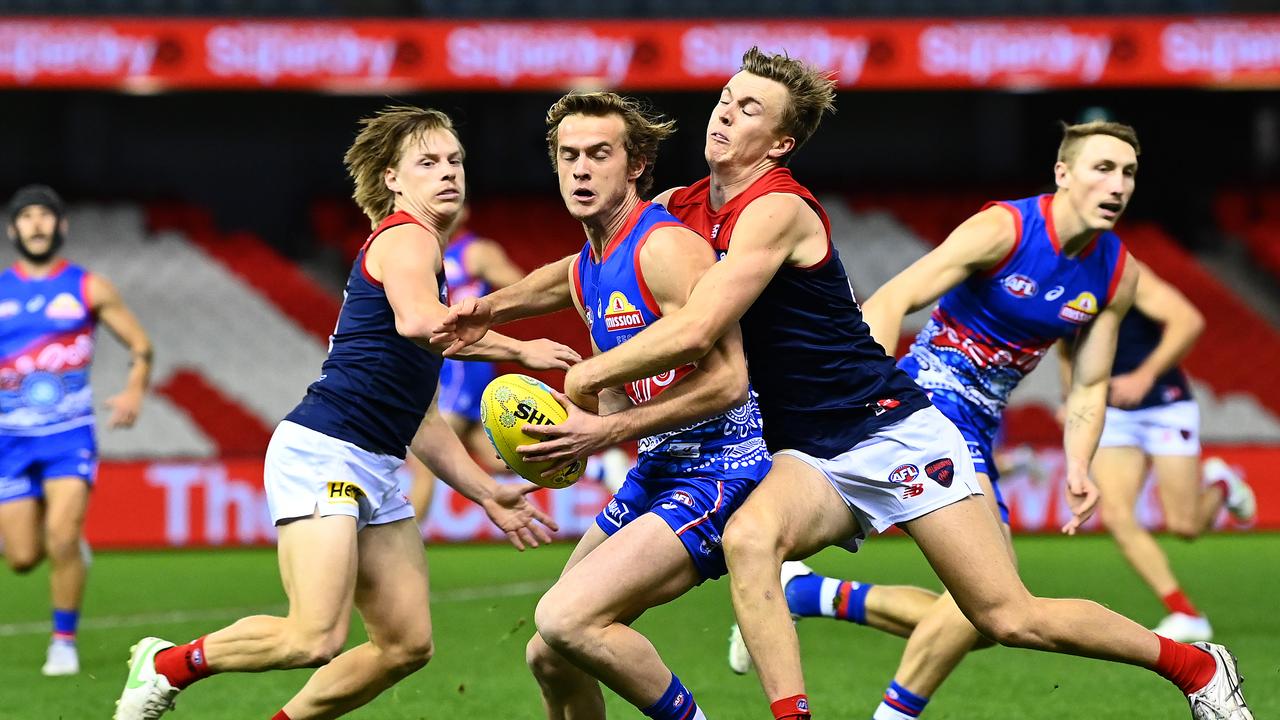 The 2021 AFL Grand Final is finally here and will kick off tomorrow afternoon in Perth in front of a sold out crowd. It’s the Melbourne Demons taking on the Western Bulldogs in what sets up to be a mouthwatering clash.

After 206 matches it all comes down to this, the 2021 AFL Grand Final. The Demons will go into the game as favourites after their two dominant finals victories in the past month. Whilst the Dogs go in as the outsiders which won’t give them too many concerns after winning their past two finals wins as the underdog in the market. It’s been a strange lead up for both teams with the first ever pre-grand final bye but we are less than 24 hours away now.

For the Melbourne Football Club, they are trying to break a 57 year premiership drought. After a mixed few years following their stunning finals run in 2018 they have hit their straps this year winning the minor premiership. Players like Clayton Oliver, Cristian Petracca and their skipper Max Gawn have gone to another level this year and with their key backs fit and firing they have become a hard team to beat. The young side have had a fruitful finals campaign that saw them tear apart the Brisbane Lions in the first week before destroying the aging Geelong Cats in the Preliminary Final to march on into this year’s Grand Final.

On the other side of the ledger, the Western Bulldogs have been there and done it and found themselves in the exact same situation the Demons find themselves in trying to break a premiership drought. The Dogs went on an incredible finals run to break their premiership drought just five years ago in 2016 with 9 of those premiership stars to take the field in this year’s Grand Final. It’s been a bit of an indifferent road to the Grand Final for the Dogs with three rounds to go their Top 4 spot looked all but locked in before dropping the last three games to fall into fifth spot. To win the flag they were going to have to do what no team has done since the Dogs in 2016 and win four straight finals.

These two teams have met twice this year with the score at 1-1. The Demons took out their first encounter back in May in what was a complete performance to solidify their spot on top of the ladder. However, the Dogs took out the most recent clash with Marcus Bontempelli starring and Tom Liberatore let off the leash which the Demons had on him in their first clash. Will they put some time into him this time round?

As always there are some hard luck stories, this year being Laith Vandermeer and Ryan Gardner who make way for Cody Weightman and Alex Keath. The Demons will go in unchanged. The Subs will most likely be James Jordan for Melbourne and Laith Vandermeer for the Western Bulldogs.

Final Verdict: The start will be massive, obviously it’s a Grand Final but if the Dogs can put some scoreboard pressure early it could rattle the Demons and put some doubts in their mind. It’s really tough to split these two teams but I think if the Dees can get off to a good start their ruck dominance will overpower the Dogs and I expect to see their skipper Max Gawn guide the Dees home to win this year’s flag. Melbourne by 19 points. Norm Smith to go to Clayton Oliver.