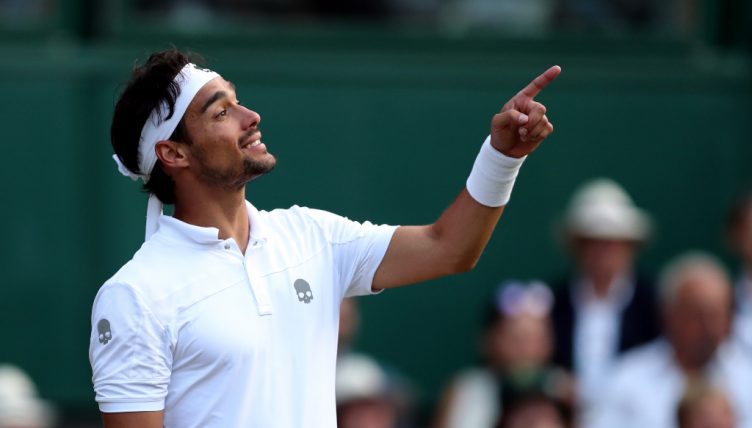 For the third time in a week, a notable tennis player on the ATP Tour tested positive for coronavirus. According to tennis.com, Italy’s Fabio Fognini announced he has the disease and was forced to witrhdraw from the Forte Village Sardegna Open in Sardinia, Italy. Fognini was the number one seed in the lower ranked tournament, which was part of the ATP 250 Series.

Fognini had already played a doubles match with fellow Italian Lorenzo Musetti in Sardinia. Fognini and Musetti lost to fellow Italians Andrea Vavasorri and Lorenzo Sonego 6-7, 7-6, 15-13 in a marathon on Tuesday.

Fognini is currently ranked 16th in the world. The 33 year-old who is married to Italian tennis star Flavia Pennetta, won the 2019 Monte Carlo Masters for the biggest title of his career. In the final he beat Dusan Lajovic of Serbia, 6-3, 6-4.

The other two tennis players over the last week who tested positive were American Sam Querrey and Belgium’s David Goffin. Querrey is getting harshly criticized for leaving Russia on a private plane even though he was expected to self isolate in his Russian hotel for 14 days. According to the Associated Press, Sam Querrey and his wife Abby left the hotel in St. Petersburg and breached protocol. The ATP Tour is investigating and it should be interesting if Querrey is suspended and/or fined.

Racing heads back to Rosehill for a super competitive meeting highlighted by the $7,500,000 Golden Eagle & $1,00,000 Yes Yes Stakes, the track should play relatively even dependent on individual Read More
WA Horse Racing Service

Kiki Bertens of the Netherlands, the 10th ranked female tennis player in the world, will miss the 2021 Australian Open after having left Achilles tendon surgery According to the Associated Press on Read More