Bernarda Pera heating up in women's tennis - The Sporting Base
0 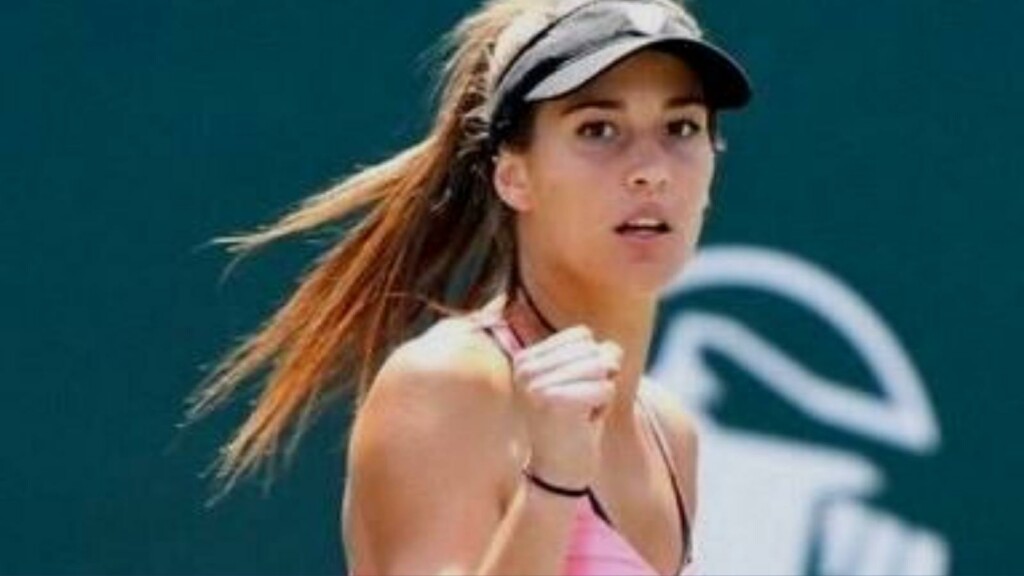 Since the end of Wimbledon when Elena Rybakina of Kazakhstan took the title on the women’s side, the most successful player on the WTA circuit has been Bernarda Pera of Zadar, Croatia. Pera, who has represented the United States since age 16 and has been based in New Jersey since, has won two WTA singles titles in the month of July, her first two WTA tournaments of her career.

The 27-year-old late bloomer in women’s tennis has won two titles at the 250 level this month on clay. She first won the Budapest Grand Prix final in Hungary on July 17 over Aleksandra Krunic of Serbia, 6-3, 6-3. Then Pera won the final of the Hamburg European Open this past Sunday by beating Anett Kontaveit of Estonia, 6-2, 6-4. The win over Kontaveit was significant because she was the number one seed in Hamburg and is the second ranked player in the world.

In Budapest, Pera was a qualifier. She beat Marina Bassols Ribera of Spain 6-2, 7-5 in the first round, the fifth seed Aliaksandra Sasnovich of Belarus 7-5, 6-2 in the second round, Elisabetta Cocciaretto of Italy in the quarterfinals. and then the ninth seed Anna Bondar of Hungary in the semifinals, 6-3, 6-4.

In Hamburg, Pera was unseeded, but not a qualifier. She beat the ninth seed Elena-Gabriela Ruse of Romania 6-0, 6-4 in the first round, qualifier Joane Zuger of Switzerland 6-1, 6-1 in the second round, Katerina Siniakova of the Czech Republic 6-3, 6-1 in the quarterfinals, and the seventh seed Maryna Zanevska of Belarus 6-2, 6-4 in the semifinals.

With the wins in Budapest and Hamburg, Pera is now 54th in the world. She has moved up 27 spots in the WTA Rankings, as she was 81st before the European Open.