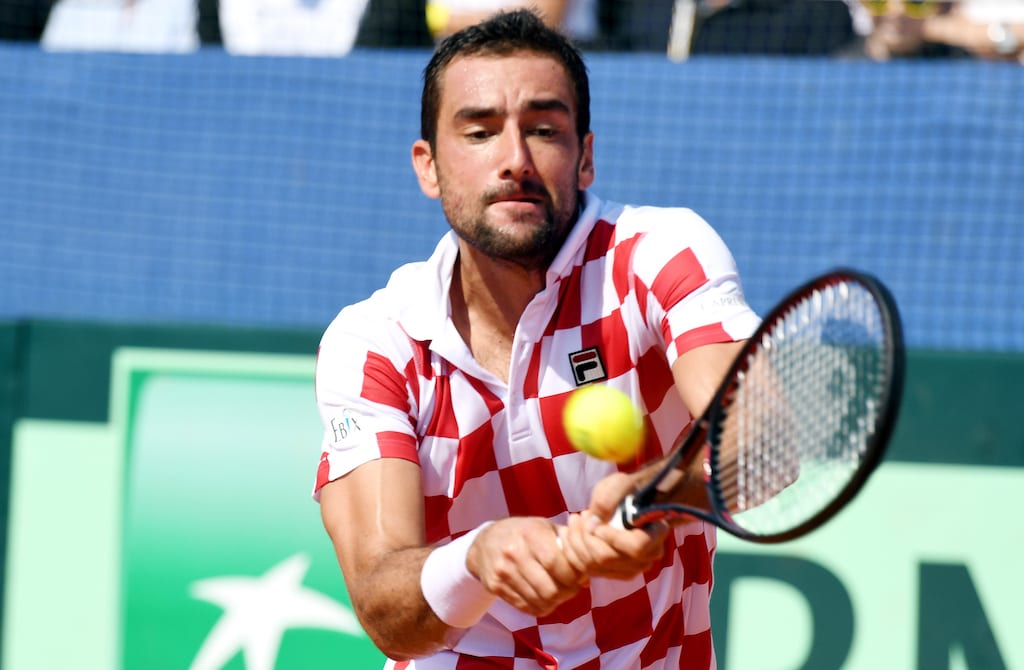 It was a tough day for Australia to begin the 2021 Davis Cup on Thursday from Turin, Italy. The Australian squad of Alexei Popyrin, Alex de Minaur and John Peers lost all three of their matches to a Croatian squad that contained Marin Cilic, Borna Gojo, Nikola Metkic, and Mate Pavic.

Gojo, who is ranked 276th in the world and has never even entered a grand slam singles tournament, delivered a monumental upset to give Croatia a point. Popyrin is ranked 61st in the world, 215 places ahead of Gojo in the world rankings. However, it was the 23-year old from Split who came through with a straight set 7-6, 7-5 win, in a match where he won the first set tiebreak 7-5.

Now, one must realize that Metkic and Pavic is one of the best men’s doubles teams in the world. They won the Wimbledon men’s doubles title in 2021, and also won the gold medal for Croatia at the 2020 Olympic Games in Tokyo in 2021.  At Wimbledon, Metkic and Pavic defeated Spain’s Marcel Granollers and Argentina’s Horacio Zeballos 6-4, 7-6, 2-6, 7-5.

In the Olympic doubles final, Metkic and Pavic won an all-Croatian matchup, 6-4, 3-6, [10-6], in what could be considered the biggest day in Croatian tennis history. Croatia’s other two gold medals in Tokyo came in men’s pairs rowing, where Martin and Valent Sinkovic placed first, and in the women’s 67 kilogram taekwondo, where Matea Jelic won gold.

Australia’s next Davis Cup tie will be Saturday against Hungary. It will be the first tie for the Hungarians.

Quarterfinals set for the 2021 Davis Cup