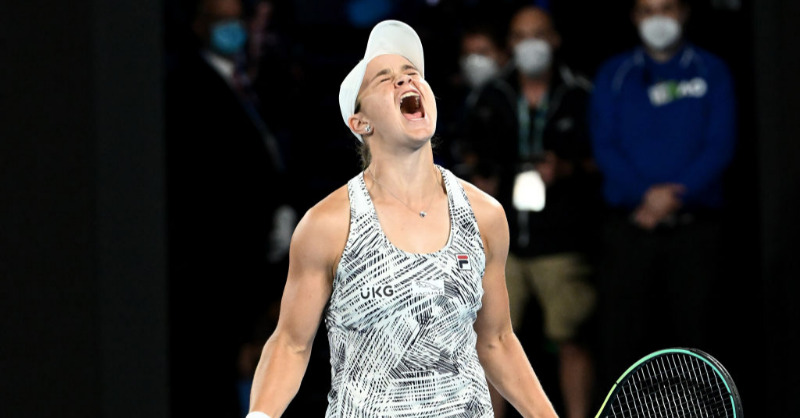 World number one, reigning Australian Open champion and Wimbledon champion, and former French Open champion Ashleigh Barty of Australia has retired at the age of 25. In a shocking announcement, Barty in a social media post stated “I’m so happy and I’m so ready” according to Thomson Reuters.

What we saw from Barty at the 2022 Australian Open was a player at the top of her game. She clobbered the majority of the field en route to the final, where she beat Danielle Collins of the United States, 6-3, 7-6. The native of Ipswich also won the 2019 French Open, where she beat Marketa Vondrousova of the Czech Republic in the final, 6-1, 6-2, and the 2021 Wimbledon title, where she beat another Czech player in the final in Karolina Pliskova, 6-3, 6-7, 6-3.

In all Barty won 15 times on the WTA Tour, and had a career record of 305 wins and 102 losses. That is a winning percentage of 74.9%. Yesterday, we discussed former Indianapolis Colts quarterback Andrew Luck briefly in a report about the Colts acquiring Matt Ryan of the Atlanta Falcons. One could make the argument that Luck was the last high-profile professional sports athlete to retire in the prime of his career, which he did so at age 29 in 2019.