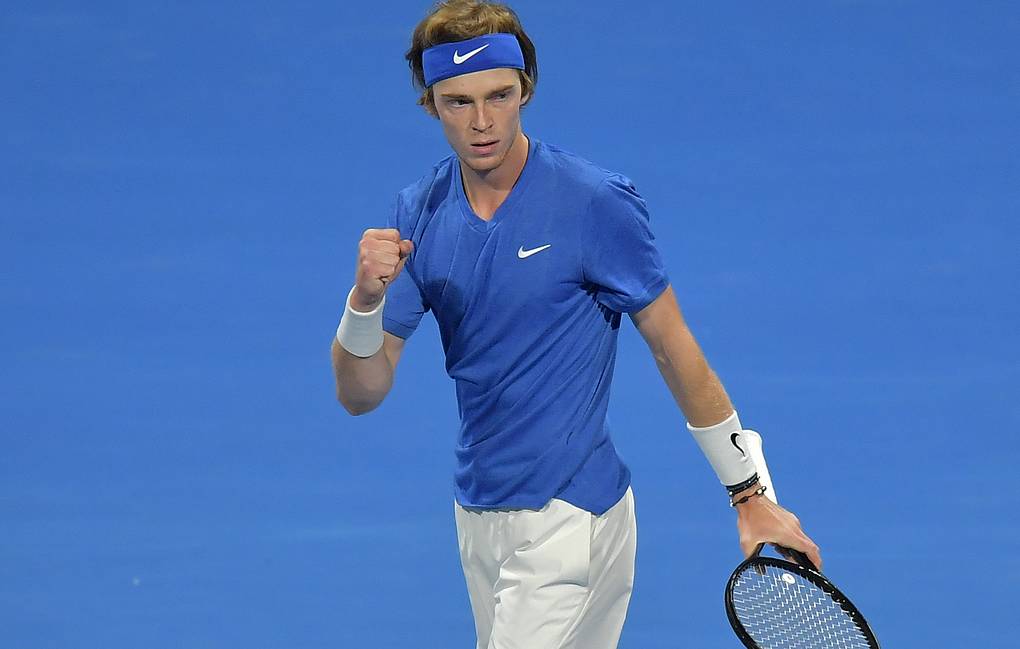 Andrey Rublev of Moscow, Russia, is quite simply one of the hottest tennis players in the world at the moment. On Sunday, Rublev defeated Lorenzo Sonego of Italy, 6-4, 6-4, in the final of the 2020 Erste Open in Vienna, Austria.

In the final in Vienna on Sunday, Rublev was able to break Sonego once in each set. The breaks came in the fifth game of the first set and in the ninth game of the second set.

Rublev’s serve was very strong not only in Sunday’s final against Sonego, but in the entire tournament. Not once in five matches was Rublev broken. He did however have the luxury of advancing to the next round when Jannik Sinner of Italy pulled out of his second round match trailing Rublev 2-1, and when Kevin Anderson of South Africa pulled out of his semifinal match after losing to Rublev 6-4, 4-1.

There are two Russians ranked in the top 10 on the ATP Tour at the moment. Rublev is eighth and Daniil Medvedev is fifth.