The Dragons Will Have To Wait For Full Strength Squad 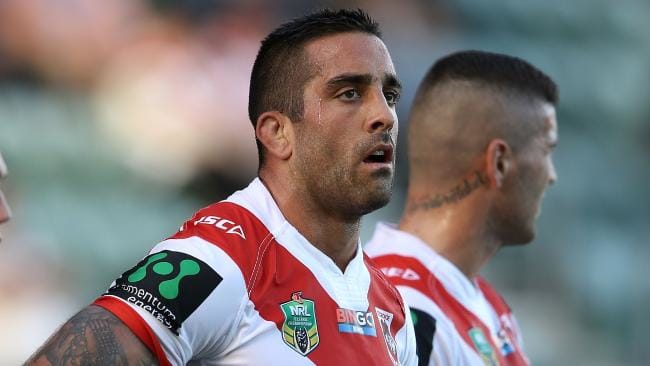 Paul Vaughan appears to have suffered a setback and will miss Jason Nightingale’s farewell home match on Sunday after a training incident on Tuesday afternoon. It was the first time Vaughan has taken part in a full training session since injuring his ankle in the round-21 loss to the warriors but he was left hobbling by the end of the session. He has been named in McGregors extended 21-man squad but is unlikely to take part.

Meanwhile Gareth Widdop is looking likely to return against Newcastle next week. Kurt Mann who has replaced Widdop in the five-eigth role stated “I think they are playing it week by week at the moment. They tossed up maybe next week the way he has been going but it could be the week after as well. He is so crucial to what we do, he is our skipper and we need him towards the back end of the year”.

The Dragons will host the Bulldogs at Jubilee Oval on Sunday at 4:10pm.