State of Origin: NSW name revamped backline for series opener - The Sporting Base
0 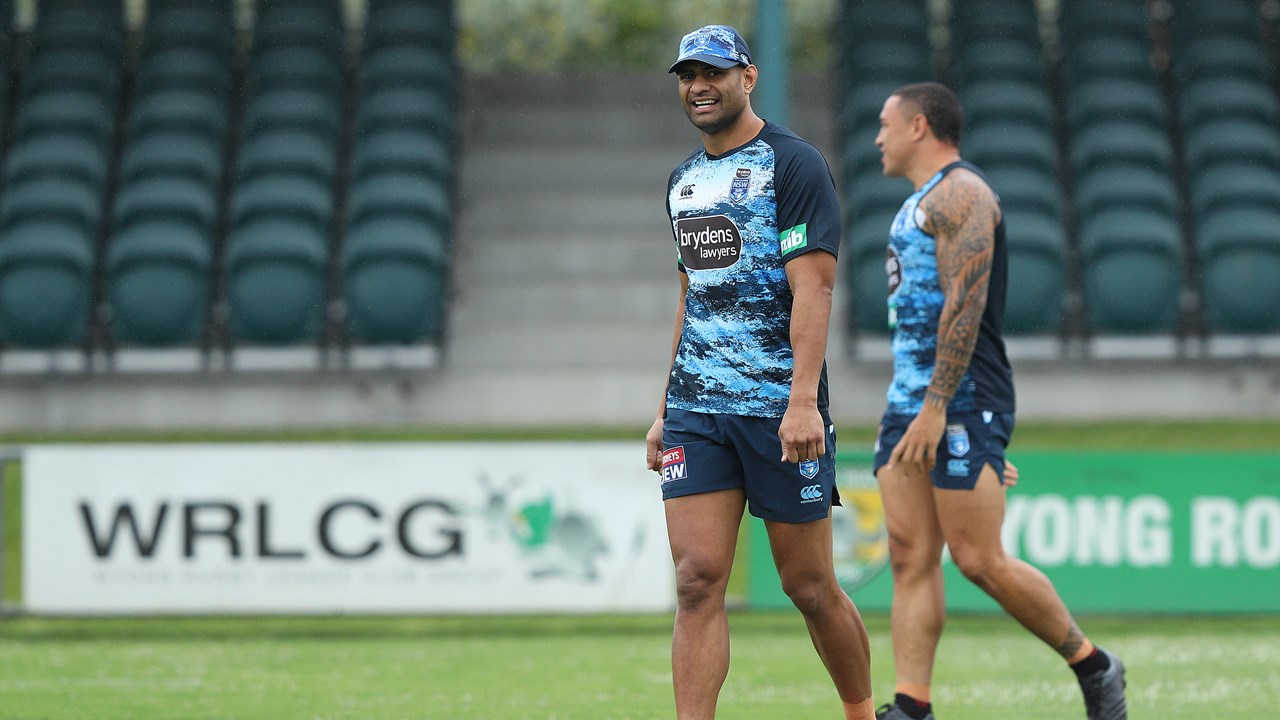 The Blues will enter Game I of the 2022 State of Origin series with just two of the five outside backs that were a part of their successful 2021 campaign, with Tom Trbojevic, Latrell Mitchell, and Josh Addo-Carr all missing from the squad.

Trbojevic and Mitchell are both in the process of recovering from long-term injuries, whilst Addo-Carr has been omitted due to subpar form. Instead, Kotoni Staggs will line up in place of Trbojevic at right centre, Jack Wighton in place of Mitchell at left centre, and Daniel Tupou in place of Addo-Carr on the wing. Angus Crichton, Daniel Saifiti, and Jake Trbojevic are the other names from last year’s series victory that have been omitted due to form. Kotoni Staggs, Ryan Matterson, and Stephen Crichton are the three New South Welshman that have been named to make their Origin debuts, whilst fellow rookies Nicho Hynes, Jacob Saifiti, and Joseph Suaalii will be a part of the extended squad.

Staggs, who beat out the likes of Campbell Graham, Matt Burton, and Siosifa Talakai for a starting centre spot, hails from Wellington in NSW’s central west and made his NRL debut for Brisbane in 2018. The 23-year-old has appeared in all 12 games this year for the Broncos and is fourth among all centres in total tackle breaks and equal-fourth in line breaks.

Matterson, whose uncle Terry played a single Origin game for the Blues in 1989, played his junior football for Wentworthville and Bankstown and made his NRL debut for the Roosters in 2016. The 27-year-old won a premiership with the Roosters in 2018 before spending time with the Wests Tigers and now the Eels. He has played in 10 games this season and is averaging 135 metres per game and 27 tackles and has proven to be capable on an edge or in the middle.

Crichton was born in Apia, the Sāmoan capital, before his family settled in Sydney’s west. The St. Clair junior made his NRL debut for Penrith in 2019 and plucked off a crucial intercept in last year’s Grand Final to seal victory. Crichton leads all centres this season in tries and is averaging 123 metres per game. He has been named in the 14 jumper for Wednesday week and, whilst the plan for him is unclear, his versatility and natural talent presents the Blues’ coaching staff with a range of options.

Head coach Brad Fittler will also welcome back several familiar faces, including Reagan Campbell-Gillard, Daniel Tupou, and Tyson Frizell. Campbell-Gillard debuted for NSW in Game I of 2018 but has not appeared since, ending a 1,463-day Origin exile, whilst Tupou has donned the NSW jumper on seven occasions, most recently in Game III of 2020. Frizell, meanwhile, has been named in jumper-19 but has 14 Origin appearances under his belt and also last appeared for the Blues in Game III of 2020.

Whilst Fittler is no stranger to eyebrow-raising selections, many have been taken aback by the omission of Addo-Carr, whilst a diminishing legion of fans urging loyalty have gone into bat for the ousted Trbojevic. It appears as though NSW are anticipating a less free-flowing opener to the series after their 50-6 obliteration of Queensland in Townsville last year. Tupou is considerably stronger out of yardage in comparison to Addo-Carr, averaging 156 metres per game compared to Addo-Carr’s 116, whilst he also averages 9.2 metres per run compared to Addo-Carr’s 8.8 and runs for over eight metres in 63 per cent of his carries compared to Addo-Carr’s 46 per cent. Tupou also measures in at 13cm taller and 17kg heavier than Addo-Carr. Addo-Carr, however, has proven to be the more dangerous finisher, with a 0.78 try-scoring strike-rate for his career compared to Tupou’s 0.59 and is quicker across the field.

Staggs and Wighton, meanwhile, form a new-look centre-pairing, which Queensland may look to exploit defensively. Five of Wighton’s nine Origin appearances have been in the centres, despite the fact he has not played the position at clubland since the end of 2014. Staggs, on the other hand, is a recognised centre, having played the position in all but one of his 51 NRL starts. It is expected that Wighton will mark up against Dane Gagai and Staggs against Valentine Holmes. Trbojevic and Mitchell were the two most outstanding players in NSW’s 2021 series win and replacing their production is near-impossible, however, the Blues will have the perfect opportunity to show off the state’s depth of talent. Trbojevic’s ability to find inroads outside of his right-edge corridor was incredible in 2021 and, as talented as Staggs is, expecting a debutant to even go close to replicating Trbojevic’s involvement level is unreasonable.

The Blues’ squad is still a strong one but there is reason to believe that the sides may be closer than historically lopsided 2021 series suggested.