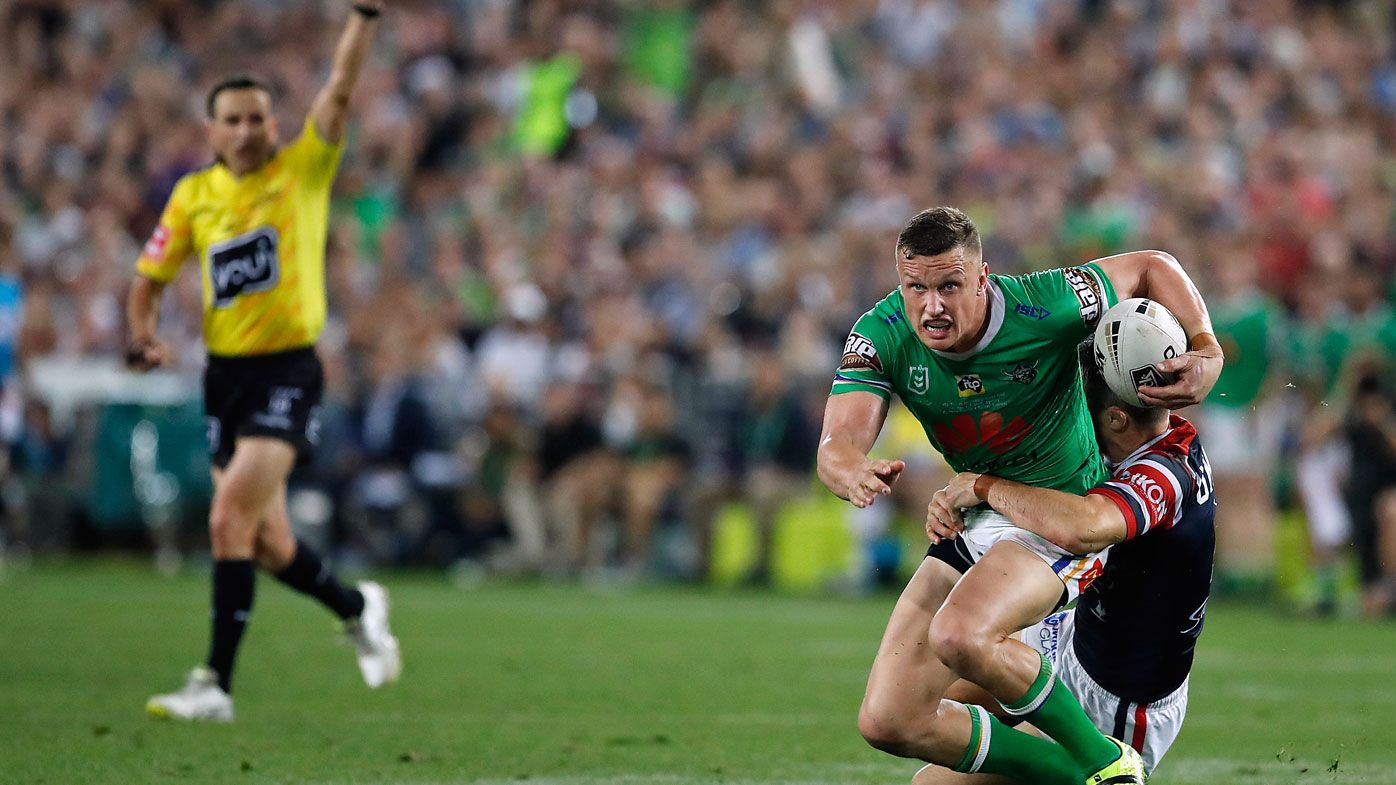 A dejected Ricky Stuart refused to say anything negative about the referees after the six again blunder.

The Roosters were crowned the 2019 champions after defeating the Raiders 14-8 but it was the six again call that has had Raiders fans fuming.

Coach Ricky Stuart was asked what he thought of the call to which he responded,

“None of us here will be commenting on this tonight, it’s not the time to talk about it.

“The Roosters achieved something very special here tonight in winning two grand finals in a row and I don’t want to take the spotlight off them.”

Referees Ben Cummins and Gerard Sutton were crucified by commentators and fans when, in with the Raiders on the attack and the scores level, a ‘six again’ call was made, and then quickly changed, which led to confusion as the Raiders took the tackle.

The Roosters scored off the next set to win the game.

Roosters fans would argue that the referees still called last tackle numerous times before Canberra were forced to hand the ball over but the Raiders were still denied the chance to have anothe set of six 20m out or at least kick the ball into the in-goal.

However, Stuart refused to bite.

“The first thing I did was go to the four officials and congratulated them on a big effort, no one goes out there to make mistakes. They have a really tough job,” Stuart said.

“It’s a very empty feeling losing a grand final. It was there to win for us wasn’t it? If that’s the case you’ve got the ascension. The plan we had was working, we were coming home real strong towards the plan we had and we lost a bit of momentum there on a couple of scenarios.”

Stuart said it was his decision not to comment about the moment, confirming he wasn’t discouraged by NRL officials to speak his mind.

“Graham [Annesley, NRL head of football] wanted to speak to me but I didn’t want to speak to him. I’m a big enough boy to make my own call. I want you to think it’s a wonderful grand final. If it is the wrong call, and I’ve only seen it once, there’s not a referee that would go out there to try and make a mistake if it was a mistake. I hope that if it is wrong I hope that he’s not the spotlight of this evening.”

The hallmark of the Raiders team in 2019 has been their ability to overcome adversity, and Stuart said it was just more of the same in the grand final.

He said their season has been about resilience.

“We don’t look for excuses we just look for solutions to get on with it and overcome the adversity we’re facing,” he said.

“That’s the proud part of this football team that the coach is proud of.”

Clive Churchill medallist Jack Wighton admitted the error was “massive”. But, like Stuart, he refused to blame it for the defeat.

“He’s gone back on his decision, and that’s what he’s done, but we’re definitely not going to blame the ref for our loss. We had more than enough opportunities,” he said.

“I watched him [the ref] wave his arm. I told Emre [Guler] to hold the ball because it was six again. It was a massive moment in the game.”