Playmaker Ponga a go: Knights looking inward to replace Pearce in the halves 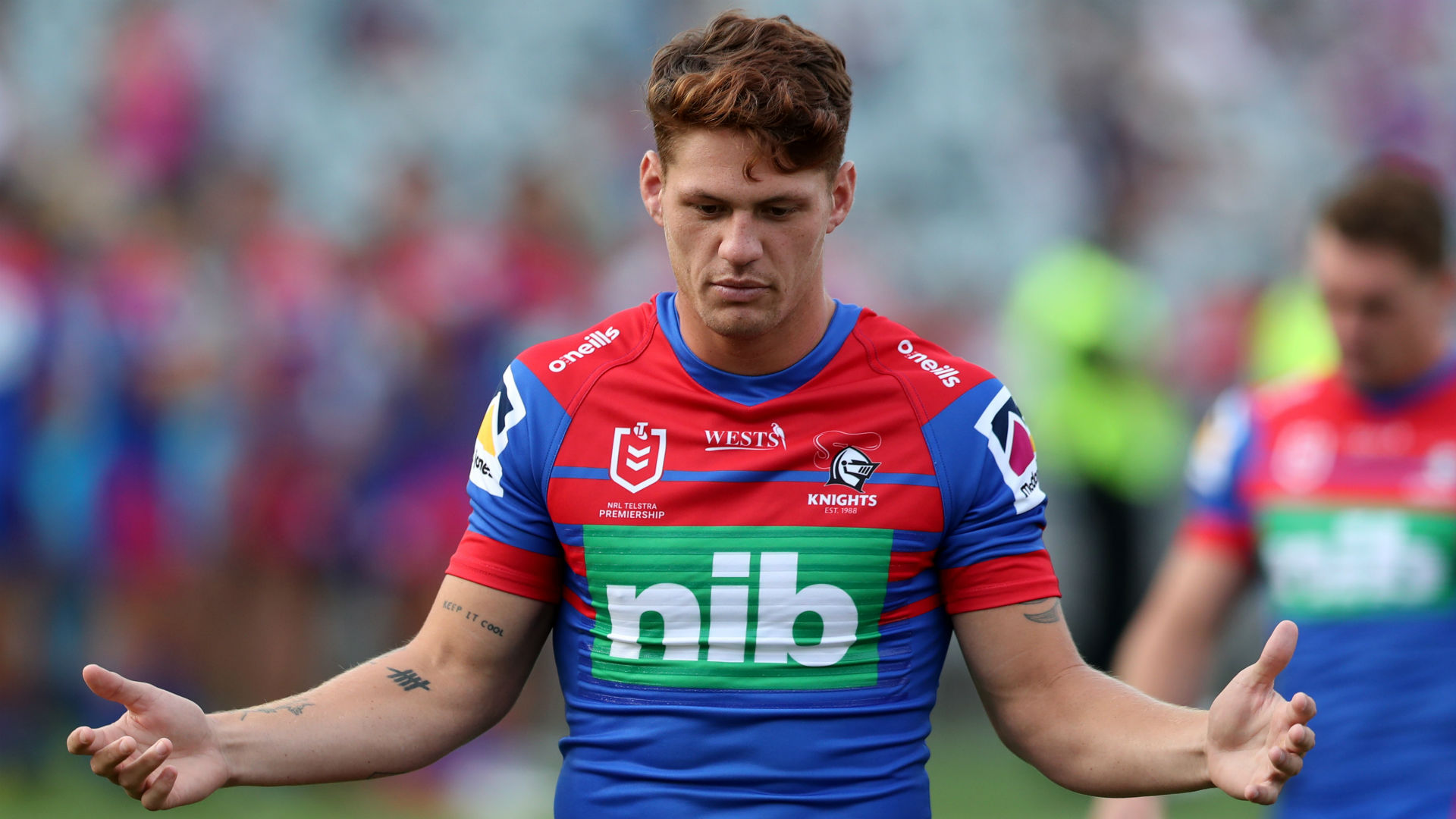 Word coming out of Newcastle is the Knights have found their Mitchell Pearce replacement, with Adam O’Brien set to follow Nathan Brown’s lead and shift star fullback Kalyn Ponga into the halves in 2022.

Pearce has been granted a release from the final year of his Knights contract to take up a rich Super League deal in France, a move The Sporting Base previously reported had been brewing in the Hunter for some time.

The former Blues star’s early exit left a gaping hole in the club’s halves, however.

The Knights originally wanted Luke Brooks to take the no.7 jumper long-term, but the Tigers quickly issued a hands-off warning. O’Brien’s focus turned to Cowboys playmaker Scott Drinkwater to partner his former teammate Jake Clifford, but was similarly rebuffed by the northern club before negotiations had ever truly begun.

The major sticking point for those two targets was length of contract. Brooks has two years left on his Concord deal, and Drinkwater is signed to the end of 2023 too. Neither club wants to be left chasing their own options in the slim halfback market, and would rather stay with the known.

The Knights also considered ex-Dragon Corey Norman, but it’s looking more and more like the former Red V man will be without an NRL club for the first time in years heading into 2022, after a whimpering end to his St George Illawarra stint.

To patch over their now-empty halfback spot, Newcastle will instead take a card from former coach Nathan Brown’s playbook and shift Kalyn Ponga into the number six jersey next year. The move will see the Knights dive into their juniors stock for a fullback. Tex Hoy is the front runner, having played eight games last season, and 17 in his career.

The positional swap is far from a done deal, however. O’Brien is also considering Adam Clune, Phoenix Crossland, or Simi Sasagi as no.7. If he goes in that direction, Clifford will stay as five-eighth.

Danny Buderus, general manager of football at the Knights, has already rubber-stamped the positional swap, admitting the team is “far better” whenever Ponga gets his hands on the footy. In the former Newcastle legend’s eyes, giving him freedom to roam at no.6 is a much better choice than leaving him in the rearguard.

“The more times Kalyn touches the ball,” he said, “the better the team will be.”

Connor Watson would have been Newcastle’s heir to the five-eighth spot, but left the club for the Roosters last month, returning to the tricolours after three years and 66 with the Knights.

Contract talk tends to rear its head this time of year, with many acquisitions linking up with new clubs and off-contract stars searching for new homes With help from the experts at Fox Sports Read More
NRL

The Eels have found their Reed Mahoney replacement in Bondi: Sam Verrills is expected to join the blue and gold from 2023, making way for Brandon Smith at the Roosters and replacing Parramatta\'s new Read More
NRL

The Melbourne Storm have announced that star hooker Brandon Smith will depart the club at the end of the 2022 NRL season, following weeks of innuendo surrounding the 25-year-old’s Read More